We had a match at Sampdoria sandwiched between the first and second legs of the Europa Cup semi. Milan had put some pressure on us by beating Catania 4-0 the day before—so our lead in the table, which had been seven points so recently, was down to just three. Fortunately, our players steeled themselves and sent a message back to Milan by equaling their 4-0 win. We held 60% of the possession and limited Sampdoria to just two shots on goal. Six points clear with three games left to play.

But first, there was the small matter of the away leg in our Europa League semifinal against Juventus. We were leading 3-2 after the first leg, but that put us in a tricky situation heading into the match at the Delle Alpi. Because of the away goals rule, a 1-0 win or even a 2-1 win for Juventus—both very plausible scenarios—would knock us out of the tournament. It was hard to know whether to play super-defensively and try to keep them from scoring, or whether to catch them by surprise by going on the attack and trying to steal the goal that could put the match out of reach. We had the advantage, but there was a lot to worry about. 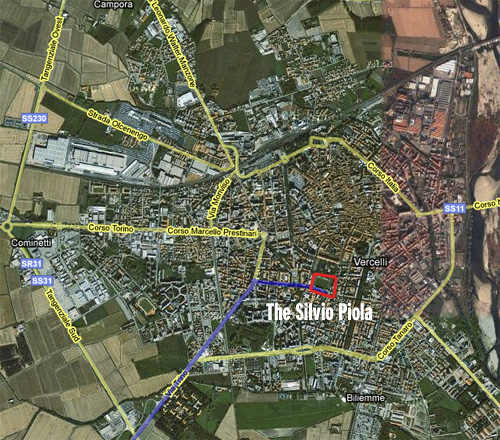 The bus ride from the Silvio Piola to Turin lasts a little under two hours. I got a good feeling from the team. Sammarco and Contini were playing cards with Kenji Mogi and some of the new players (not new anymore, I reminded myself, not after almost a full season, not after a season like this). Michael Dogan was patiently going over tactics with Rubino. David was listening to his headphones. The mood was quiet, relaxed, but also purposeful. Even Ibrahimovic had decided to stay off the phone with his agent long enough to spend the ride staring straight ahead with a look of unshakable concentration. 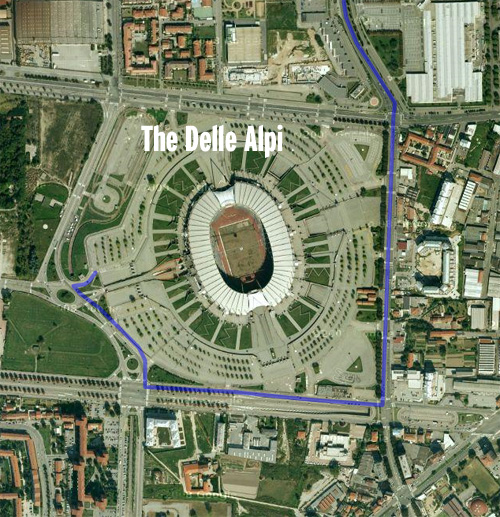 While the players were getting changed, I consulted with Roberto Colapietro and decided to press forward for a goal from the opening whistle. Juventus wouldn’t be expecting it, and if we could score it would change the entire complexion of the match. If it didn’t look like it was working, if we were in trouble after twelve or fifteen minutes, I’d park the bus. But we were going out swinging.

The Delle Alpi was full, unusually for the Delle Alpi. 69,000 people, almost all of them cheering for Juventus. We’d become something of a public enemy in Turin, first by threatening the city’s position as the football capital of Piedmont, second by beating Juve in four of our five contests this year. 69,000 people, almost all of them baying for our blood. 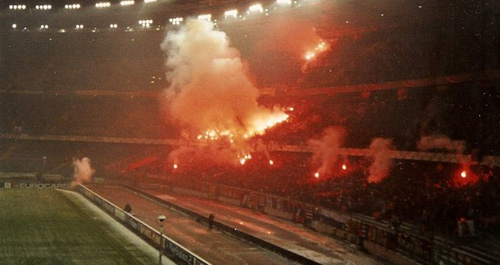 The players walked out of the tunnel with their designated children and stood for the official Europa League anthem, Handel’s “Zadok the Seminarian.”

We started extremely sharply, winning a dangerous free kick and seeing David break through on goal within the first five minutes of the game. But once Juventus got over the initial surprise of our approach, they were able to switch to a counterattacking style and create some chances of their own. Teixeira came within a whisker of scoring in the 11th minute, but Mariano came equally close in the 13th. I was just about to change to a more defensive scheme when Mariano danced past four of our defenders and found an unmarked Quintana in the box for a 1-0 Juventus lead. That one strike not only erased our lead but also put us behind on away goals. It was the fifteenth minute of the match. My tactical gamble had backfired.

We spent most of the rest of the first half in a state of tentative uncertainty, trying to find a route to the goal. Juventus were content to make the smart move I’d been too clever for, packing defenders into the area and stifling everything we did. Frustration is the ultimate enemy in this game, and I was trying to keep a clear head and look for the weakness in their scheme, but I was getting frustrated. Then, just before halftime, Teixeira played a brilliant 1-2 with Gabriele Contini, charged straight into the area, and beat the quantum echo of Gigi Buffon with a low, hard shot into the corner of the goal. 1-1 for the match, 4-3 for the tie. We had our lead back.

At halftime, I told the team to stay calm and be patient. I’d learned my lesson, and sent them out in a cautious, counter-attacking scheme. The play in the second half was physical and rough—as brutal as you’d expect from the last half of a European knockout tie between two regional rivals who’d played each other six times in three competitions that season. I was missing the ineligible Ferj, who’s a lot better in a crash situation than the willowy Marcelo. Juventus’s young right winger Iván Salinas, a player I had tried and failed to sign when he was still at Boca Juniors, found fifth gear and started tormenting us with his pace and crossing. But every Juventus attack crashed helplessly against the cliff of Ibrahimovic.

In the 66th minute, Michael Dogan fed a subtle ball into Juventus’s penalty area. No one could reach it immediately, so a scramble ensued in which several players from both teams converged on it at once. Somehow, Davide Rubino got control of it, and—as he did in the last game, as he’s done so many times during his five seasons as Pro Vercelli’s most overlooked player—knocked it into the net to put the game away. 2-1 Pro Vercelli, 5-3 on aggregate.

And that was the match. We saw out the remaining 25 minutes, and it was time to book our tickets for the final, which is in two weeks at St. Mary’s Stadium in Southampton. Siobhan and I got married in Southampton (albeit a different Southampton), so we’re looking at this as a lucky omen.

Roma beat Atlético 1-0 in Madrid, so it’s going to be an all-Italian final.

Does anyone remember at this point that we only qualified for this tournament with the help of the Fair Play draw?