In early October of 2010, I sat at the bus stop and politely nodded as a flushed woman in a floral print mu mu described to me her irrefutable eschatological proof that the Day of Judgement was not only approaching, it was known.

“May twenty-first!” she declared, a little too loudly. “Prepare your soul!”

I meekly replied that I would, but the weakness of my case was made plain by the doubt that spread across her broad, poorly-made-up face.

“Heaven,” she said, narrowing her eyes, “doesn’t have room for smart asses.”

I nodded vigorously and, seeing my bus round the corner, stood up and shuffled toward the curb. She just raised her voice, focusing what was originally a public lecture into a pointed condemnation of my character and person. My purity and faith were openly questioned. Damnation was assured.

I pretended not to hear and slipped, relieved, onto my bus as she remained rooted to her bench, calling after me and rattling off the various signs of the impending Apocalypse. The doors closed on “boiling oceans” and, free from further distraction, my mind immediately returned to the Dons game later that day.

We’d be playing Mansfield Town away and I would have to be sly to move a meeting with my boss, scheduled for 11:30, to sometime in the afternoon. I’d wear my headphones, I decided, and look extra busy as I listened to Mikey T call the game online. If I could only manage not to celebrate or curse, I might even earn plaudits for my initiative, appearing to all outsiders as though I was working through lunch.

It’s safe to say I was pleased with my little plan.

Four hours later, with the shrill chirp of the kickoff whistle still echoing across the pitch somewhere in Nottinghamshire, Christian Jolley pulled down a hopeful, arcing pass and delivered a layoff to Sammy “The Ratter” Moore, who slotted home with impish ease. The chair shot out from under me as I leapt into the air, pumping my fists in silent rapture. Co-workers spun around, startled, and stared.

My plan had lasted all of 10 seconds.

Seb Brown made save after remarkable save. Moore would go on to score another, as would Jolley, but the decisive blow was Danny Kedwell’s. The man lovingly known as “The Wayne Rooney of the Blue Square Bet Premier” sat the keeper down and dribbled the ball into the net with all the confidence and finality of a kid who’s played this video game a few hundred times before.

I would later be forced to admit to my colleagues that I had rescheduled an important planning meeting so that I could listen to Non-League “soccer” via intermittent web stream. They were at least as disgusted as my bus stop savior.

And frankly, I don’t blame them. It’s not easy to understand how a guy from Seattle could become hopelessly attached to the fortunes of a semi-professional football club treading the waters of anonymity in a borough of South London. But on second glance, Wimbledon’s underdog narrative has everything to do with me.

When my Sonics left town in search of a different flavor of money, I ached. I felt, somehow, cheap and used. And I wasn’t alone. The history and reassurances and appreciation nights had, in the end, meant nothing when compared to the allure of far-away dollars. I hesitate to draw the obvious parallel to prostitution only because prostitutes don’t claim to love you before they screw you and take your money. This was, somehow, a more callous and depraved abuse.

This was also, the analysts sighed, just the way things are.

In desperation, I turned to the internet and, in Wimbledon, I found a hint that maybe, perhaps, things could be different. Cast adrift by reckless ownership, the Wombles were franchised to England’s own 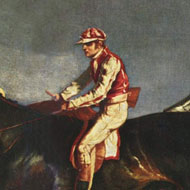 Oklahoma City, purchased more for their league spot than anything else. The similarities were haunting. My Clay Bennett was their Pete Winkelman. My David Stern was their Raj Parker or Steven Stride. Our respective former owners were equally slimy and treasonous. It was as if we shared the rising action to some saccharine, heavy-handed Disney film.

But after the move is where our stories critically diverged.

Sonics fans were (and continue to be) divided on how to deal with the betrayal. A large contingent, raised on the drama and fleeting glory of hometown ball, are willing to forgive being spurned and want to give the relationship another chance. True, the pretty blond cheated on us, and in the colder regions of our hearts we know she’d do it again. But hey, the sex was great and she had that way about her that made us feel somehow important and successful.

And then there are those who’ve sworn off the league altogether, refusing to consume the NBA’s brand of entertainment out of spite. They’ve closed the door and they want to move on. Major League Soccer’s new (at the time) expansion franchise, the Sounders, capitalized on this sentiment, boasting sellout crowds double the size of the league average. The club swooped in to claim a hundred thousand broken hearts on the rebound. It had been hidden right under our noses, for years, of course, but the Sounders only became attractive after we had been dumped.

Wimbledon fans, though, didn’t hope to steal another town’s team to fill the void (although, to be fair, it was hardly an option for them) and they didn’t fancy life without a hometown club, either. Left with no palatable alternative, they simply re-formed the club and started all over again, at the bottom. This time, though, there would be no tyrannical chairmen or mercurial millionaires. The fans would own the outfit. Their nine-year crusade from the amateur basement to the Football League’s doorstep has been the sort of virgins-versus-villains story that would make any reasonable fan roll their eyes in disbelief had it happened on the silver screen.

After all, there are no clear cut narratives these days. Everybody’s a mercenary. Players kiss the badge, only to leave two months later for a signing bonus. Clubs lure in the casual, mall-walking consumer and push out the passionate, working-class fan. As the game floated up and out of our collective reach, genuine drama was replaced by hype, a slick plastic imitation. Lip service is given to the mutuality of the enterprise, but even the diehards are growing deaf to the pronouncements of reciprocated love. On the pyramid of footballing priorities, loyalty and respect live on a dusty shelf somewhere in the basement, the unprofitable relics of less civilized times.

Even the concept of an underdog is dated. The Clásicos—billed as Good versus Evil, or at least Beauty versus the Beast—had all the social and footballing relevance of a Pay-Per-View Nerf duel between Warren Buffett and Bill Gates. In an age when a meeting of the two richest clubs on the planet has come to embody any sort of clash of philosophies, it’s no wonder some of us seek out the Rockys and the Rudys and try to ignore the fact that most of the professional athletics we see on television today is really just an elaborate game of financial chess, one where nothing much is really at stake.

So it’s easy to see why Wimbledon’s rise has so many people engaged, but cynical. Even the ranks of its fans are divided between those who’ve spent the last decade waiting for the other shoe to drop and the shamelessly hopeful. But as the victories and promotions piled up without a caveat in sight, the cynicism seemed a little more hollow and the dream became a little more real. Disbelief—that wrongs could be righted, that little guys could beat big guys, that doing the acknowledged “right thing” could ever bring anything more than symbolic reward—withers in the face of real results.

Maybe, the little voice inside us whispers, this is different from the standard plucky underdog stories; the shallow, gushing articles flecked with words like “refreshing” and “triumph” that gloss over uglier truths. Maybe Wimbledon’s story is just simple, not simplistic. Idealism has to start somewhere, after all. What better place than hope?

And so it was that I found myself alternately crying and smiling on May 21, the day of the Apocalypse, when, after 120 minutes of scoreless play and the most spectacular four rounds of penalties I’d ever seen, Danny Kedwell, the little man’s giant, stepped up to the spot and passed judgement on sport.

Heaven, it seems, saved some room for my smart ass after all.

Brian Davis drifts aimlessly through life and means you no harm. He also runs RefRefs and never finishes what he.

Many a Seattle liberal has died in the manner of Tycho Brahe, terminally enslaved to etiquette.

Without being rude, mind you.

Who looks less like a brilliant young keeper and more like a scaled-up 8 year old…and I mean that in the kindest way possible.

In keeping with the Disney storyline, the club held tryouts on the Common and fielded a rag-tag team of lovable local misfits, each seemingly picked less for their talent than their rich epilogue potential. Their mysterious striker, for example—the man who scored AFC Wimbledon’s first ever goal—later went on to be sent to prison for hacking the royal family’s cell phones.