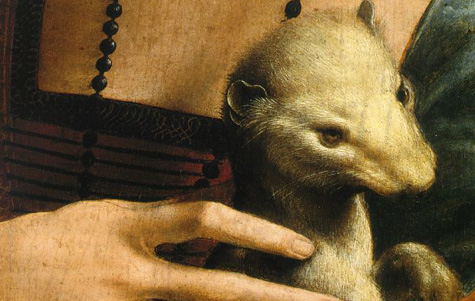 The taxonomy of football is a difficult and unrewarding science, but two families of attackers that I think we would all recognize are the shambling/slouching/mesmerizingly ill-fitting rogues and the barrel-chested/candid-thighed chargers. The first sort look deceivingly broken-down and loose-limbed, as though their bodies were assembled out of parts that didn’t quite match; away from the ball, they trot like their feet hurt (Pirlo, Berbatov), look fragile through the shoulders (Robben), almost slink; then when it comes their way they slide into weirdly syncopated movements (Ronaldinho), find rhythmic gaps (Henry), exploit their unpredictability. The second sort look strong and are strong (Toni), have precision-engineered deltoids (Drogba), and play straightforwardly (Totti), like old-school supermen (Ballack).

It’s part of the strange magic of Zlatan Ibrahimović that he seems to represent the equatorial point between these two groups, and to embody, completely and simultaneously, their mutually exclusive styles. He’s big and strong, but in a way that suits neither of those adjectives, almost as if his size were a function of agility and his strength were a function of guile. His most surprising moves are performed in a way that makes them seem frank and undesigning, as though he’d found a way to trick you that also confirmed his honesty. His large gracefulness contains just enough of the ungainly to throw you off the track, and his moments of sudden contortion—was there ever a player who looked more comfortable when twisted halfway around?—never look cramped or difficult, or even as though they involve any meaningful physical stress. Watching him is like watching the unspooling thread of a screw, something that confounds the eye simply by being so obvious.

The moment I love most with Ibrahimović is the one in which he gets the ball and, for a second, just stops. He stops better than anyone in football. It paralyzes defenders, and thrills us, because he contains so many contradictory possibilities that no one can guess what he’s about to do. Is he going to slice to the side, whirl around, and shoot while he’s still spinning? Is he going to lurch toward the defender and muscle his way through? The game dilates while he pauses; parallel worlds come crowding in suspense. He holds all that on his foot. However temperamental he is, whether he vanishes in important games or not, he has the power to make a million people lean forward slightly in their seats. To my mind that’s not much smaller than championships.