A Weekend of Secrets and Signs 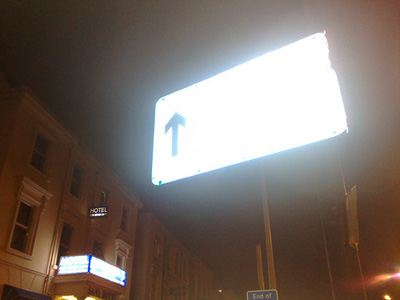 It’s Friday, which means it’s time to open the mysterious parcel you found in the mail three weeks after your grandfather’s disappearance, and try to decipher his clues to the weekend of football ahead. I’ll be setting out to find the truth in…

Man City – Arsenal (12:45 GMT, 7:45 AM US Eastern time) — Not quite as exciting as it would have been in October, when Man City were looking like the miniature painting of Arsenal that the duchess had done for her locket (flowing football, brilliant exploitation of bargains on the transfer market, no English players; and crucially, the fact that being painted for a duchess’s locket seemed stylistically in character for both teams). But it’s just about the perfect game for 7:45 in the morning. The suspense will be bearable, there will be a lot of talented players on the pitch, and Arsenal will need to play well to win.

Tottenham – Manchester United (15:00 GMT, 10:00 AM US ET) — Blackburn-Everton and Portsmouth-Chelsea both have potential in this time slot, but Spurs are too intriguing and Man Utd too brilliant to pass this match up. Tottenham were more lively in the game at Old Trafford last weekend than the 3-1 scoreline suggests, and it will be interesting to see whether their new signings can combine with the home atmosphere to put them over the top. For United it will be interesting to see whether Ronaldo chooses this weekend to show he can speak to animals and make flowers grow in his footsteps.

The African Cup of Nations (Ghana-Nigeria at 17:00/12:00; Ivory Coast-Guinea at 20:30/3:30) — We’re into the quarterfinals and have two worthwhile matches. Nigeria have been disappointing so far but match up well with Ghana on paper, while Ivory Coast have been one of the best teams in the tournament and will threaten to overwhelm a Guinea side that’s scraped by on sheer determination. My team, Angola, are through as well and play Egypt on Monday in what I’m telling myself will be another heroic upset.

What about you? I always enjoy hearing your thoughts about the games you watch, so feel free to drop a note in the comments. The epic in Africa will probably keep me from watching it, but Fiorentina-AC Milan on Sunday also looks like it might be something to see.

A Weekend of Secrets and Signs