How Are We Going to Make It Through Tomorrow? 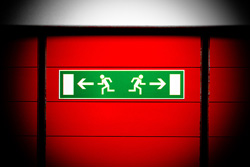 We’re going to plan ahead, take it slow, and above all, respect the situation. The Dutch police have made it easier for us by forcing the postponement of the Ajax – PSV match, but we still have three consecutive games that would individually suffice to flutter the needle on a seismograph. You’re going to want to drink plenty of fluids, limit your hype intake, and above all—remember, there are Japanese time zones involved—figure out a manageable schedule.

If you’re on the American East Coast (as, editorially, you are), the Club World Cup final between Milan and Boca Juniors kicks off at 5:30 in the morning. You’ll want to get up at 5:15 in order to belong to the order of humanity by the start time. In practice, you will turn this match on around 6:20, achieve caffeination as swiftly and efficiently as possible, and hope Milan aren’t too tired and old to make it worth your while. After the match, you’ll want to take full advantage of the police strike in the Netherlands by making yourself a nice breakfast. Just be back by 8:30 for Liverpool – Manchester United, then Arsenal – Chelsea at 11.

If you’re on the American West Coast, you’re going to have to take the opposite approach. Milan – Boca kicks off at 2:30 in the morning, so your best bet is to sleep late on Saturday, then stay up all night to watch it. Celebrate the Dutch police unions’ demand for a €200 monthly wage increase by ingesting something stimulating, perhaps fixing yourself a light protein-based snack in time for Liverpool – Man Utd at 5:30. It’s going to be tough to hold on for Arsenal – Chelsea at 8, but you’ve already done good work this morning. Turn the volume down low enough to nap, but not so low that a goal won’t wake you up. 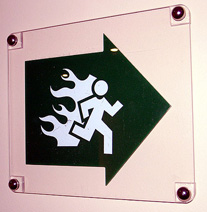 If you’re in the Heartland of America, first of all, please stop calling it that. Second of all, there is no good strategy for you. I’m sorry to be the one to tell you. The games start at 4:30 in the morning. Calls by the second- and third-largest police unions in the Netherlands for a new collective labor agreement aren’t going to save you this time. Know that we’ll be thinking of you, and good luck.

If you’re in Europe, you shouldn’t even be reading this. You’re looking at a casual late-morning kick-off for the final in Yokohama, followed by a zephyr of an afternoon in London and Liverpool. The cops in Amsterdam can’t touch you. Someone beautiful wants to hold your hand. Have a nice life.

If you’re in Asia, you should be okay. Early-to-late afternoon matches stretching into the night. Beautiful people don’t want to hold your hand, necessarily, but they’re open to some intriguing eye contact as you pass them on the street. All the while, in the American midwest, your fellow soccer fans are living in solitary towers with heavy Gothic hoods shrouding their faces.

If you’re in Oceania, please be aware that I cannot understand what time it is where you are. It’s a big world, and I fell asleep during the last act of Crocodile Dundee 2. (Did he start a pizza place in Williamsburg? Did I eat there? Did I dream that?) Actually, after studying Google Maps, I think the games might already have started for you. Enjoy them, don’t spoil them for the rest of us, and all best wishes from The Run of Play.

As you can see, there are a lot of different places—more than I could talk about, so don’t take it personally, South America and Africa—and any number of meals that can be eaten throughout tomorrow’s games. (I’m dreaming of eggs and toast while quietly counting on a Honey Nut Cheerios backup.) If you’d like to share your personal strategy for getting through the day, then why not take a look at the “comments” section below? It will be waiting for you faithfully, and will be glad to hear from you at any hour of the day or night.

How Are We Going to Make It Through Tomorrow?