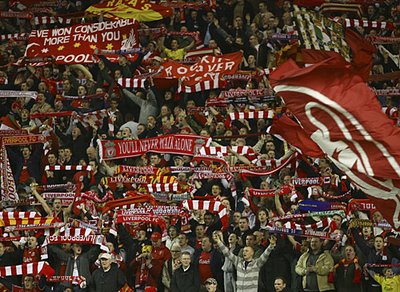 It’s been a bad, weird, confusing, drifting season for Liverpool so far, a season in which the team have frequently looked like eleven adjectives playing without a verb. How can adjectives play football, you ask, and the answer apparently is: by drawing most of their games and taking one point out of their first three Champions League matches. Now, with the team facing a must-win game against Besiktas, and Steven Gerrard calling for his teammates to rip out the throats of their opponents like a pack of oddly underachieving wolves whose best hunters are often rested during the most important encounters with caribou, it’s time to take a look at the problems plaguing the Club Who Have Won Considerably More Than You. That is, before their inevitable 2-0 win at Anfield tonight convinces the world that Frank Lampard is an overrated sponge once again.

Everyone talks about Rafa Benitez’s inability to settle on a consistent lineup, to the point that no discussion of Liverpool’s current sort-of-crisis would be complete without a doleful chorus on Fernando Torres and early-round Carling Cup games. Then again…this is exactly the move you’re expecting me to make, isn’t it? Maybe I could baffle your defenses if I left this out and went with a different argument instead. Oh, what a schemer I am. It will be just like the time I played chess with no queen and two extra pawns! Excellent.

It’s been over a year since “Ring of Fire”, and there have been no announcements pertaining to a Riise-Gerrard duet on “Girl from the North Country”. I’m actually beginning to think this may not happen. So why not just write your fans a letter telling them you don’t care? Why not just trample on all their dreams? It’s unbelievable. Bob Paisley would have made this happen.

When you miss chances and you have two or three, it means you are there. If you are not there, you cannot miss the chance.

Why is Kuyt being played as a lone striker when he’s too slow to fit the role? Why is Gerrard being sent forward to play in the secondary striker position when he only excels in the center of midfield? Why do Liverpool’s tactical plans so often seem like they were drawn with a red Sharpie on newspaper clippings taped to the wall by the guy from A Beautiful Mind? There’s something about Rafa that makes me want to believe he’s a footballing genius who’s one apple to the head away from seeing the game in a way no one’s ever seen it before and doing something with angular passes that will bring joy and enlightenment to the people. But right now the scheme that aspires to the pristine beauty of math seems to look a lot like a bunch of footballers playing out of position and lumping the ball forward because they don’t know what else to do.

In the most controlled and un-panicky way possible, Liverpool seem to be coming apart at the seams. Is it fair to look at Rafa, with his mad designs and his Russian Revolution goatee, and speculate that he’s holding the scissors?

With injuries of varying terms to Torres, Xabi Alonso, Mascherano, Jermaine Pennant, and Daniel Agger, the first team has looked at times like it’s trying to solve a jigsaw puzzle with the corner pieces missing. In the meantime, Gerrard (whose fitness has also been questionable) has played for long stretches like he’s wearing Kryptonite shoelaces. Players like Sissoko, Riise and Hyypiä have not shown themselves to be better than they are. And Jamie Carragher, though he’s taken full advantage of the new rule that allows him and only him to hurl his body into opponents in the penalty box, may eventually run into a referee who hasn’t been informed of this change, and get his team into trouble. It probably won’t come against Besiktas tonight, but stranger things have happened.