I do very little on Sundays. I sleep late. I half-heartedly clean my apartment. I peruse my Netflix Instant queue. Sometimes I nurse a hangover and journey a few blocks north for some fried chicken and a soda. I also spend roughly two hours staring at a laptop screen with a slack jaw, intermittently wiping spit from the corners of my mouth. I do not have a medical condition nor do I indulge in Sunday afternoon peyote binges. I’m an Atlético Madrid supporter, and 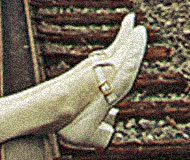 Watching Atlético this season was like watching the nightmare gunk between one’s ears leak out, grow limbs, and Google Map its way to the Vicente Calderón. Last season’s hero, Diego Forlán, was undone by exhaustion, injury, poor form, and, possibly, a concerted effort on the part of his teammates to deny him the ball. By season’s end, he was entering games in the seventieth minute, firing a few wayward shots, and loafing around the pitch with an anti-fervor that betrayed a desire to play elsewhere. The back line, ostensibly fortified by the additions of Diego Godín and Filipe Luís, macerated under the pressure of a counterattack or well-placed early cross. Luis Perea routinely misplayed the ball in his own penalty area, resulting in an alarming number of uncontested shots on goal that only turned David De Gea’s boyish visage a sicker shade of red. In the view of Atleti supporters, De Gea’s departure for Manchester United will be motivated not by a desire to compete at the highest level, but to escape a weekly barrage of shots tucked in corners humans can’t reach. In January, management sold the team’s best playmaker, Simão Sabrosa, and acquired two midfielders in his stead: Elias and Juanfran. The former blends in with a stable of unspectacular central midfielders, and the latter barely plays. The rojiblancos will have to survive the qualifying round of the Europa League next season because they repeatedly faltered against middle and bottom of the table competition. I’m contemplating a switch to a stiffer whiskey.

Sports fandom is principally a vicarious experience. This is easily forgotten in the moment when a forward slips behind the defense, buries the ball in the corner of the net, and gestures towards an ecstatic crowd. If you’re in that crowd or watching the game at a bar or sitting in your living room next to a friend, one could forgive you for believing that you’re part of something. You are—I cried happy tears of exhaustion, hugged my girlfriend, and nearly vomited when Landon Donovan scored against Algeria—but you’re a pawn mistaking yourself for a knight.

There is between fan and team a sense of connection that doesn’t actually exist. Fanbases and teams are cogs in the same machine, but those cogs spin independently of one another. When a team is successful, it seems the cogs are interlocked—a fanbase willing its team to victory, the team’s stellar performance in turn fueling the fans—but each entity is actually furiously churning under their own power. This is illuminated when a team performs poorly. You, as a fan, supply your team with support and passion, and they sputter and croak and the machine begins to belch smoke into the air. You are one unlinked cog spinning ineffectually.

This isn’t an issue of players not caring about you. I won’t indulge in a cynicism that claims players are mercenaries. Some are, some are not. This is an issue of the helplessness of fanhood, and the inability of a fan to have any affect on the positive or negative outcome of something in which they have invested time, emotion, and perhaps money. They’re kicking a ball around; you’re yelling at a television. The negative effects of this strange relationship can be meliorated by success, but when our teams disappoint us and render us sad or frustrated, that helplessness begins to grow on and around us like a paralyzing mold. As Málaga slashed through Atlético’s defense a few weekends ago like cleat-wearing samurais, I wriggled soundlessly in front of my laptop, as if trapped in a body-sized gelatin blob.

This frustration is derived from expectations that were built last season. This season’s Atléti squad was arguably more talented than the team that won the Europa League just a year ago. To watch them get bounced from the group stage of that tournament and limp their way to a seventh place finish in La Liga is so infuriating because it doesn’t correspond with the math in fans’ heads. But here’s where we arrive at a conclusion both comforting and harrowing: it probably doesn’t make sense to José Antonio Reyes or Tomáš Ujfaluši either.

Failure is a great leveler in that respect. A championship or successful season is something experienced differently in a locker room than in a sports bar, but commiseration is the same activity anywhere. In society, class lines are most frequently drawn between haves and have-nots. If there was a privileged class of people who could fly, one imagines they would associate almost exclusively with one another. Barcelona are flying. Valencia are flying. Atléti are not. Neither are their fans. When the quantity at the end of an equation is zero, you can throw in anything you want as long as it’s nothing. So in Atlético’s case, the sum of all factors—the fans’ encouragement, the team’s effort, our adoration, their skill, our passion, their passion—is dissatisfaction. As a fan, I want to think we’re in this together, but I don’t want us to be equal.

Colin McGowan is a writer and comedian living in Chicago. You can follow him on Twitter @rhinothickskin.