Ronaldo and the Thief of Culture 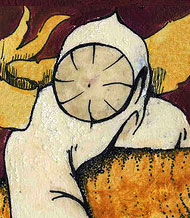 Heck, even I’ve been known to look past the Primeira Liga, and I’m Portuguese. That’s the lure of the fast-paced, money-rich, crowd-packed Premier Leagues and Bundesligas and La Ligas of this world, whose fan-friendly cable packages are often too much to resist when the alternative is a game between Paços de Ferreira and Olhanense in an empty back-lot stadium that wouldn’t make it in League Two in England. Most teams in the Championship have bigger attendances and heftier budgets than, oh, around 12 of the 16 teams in the Primeira Liga.

The Portuguese Primeira Liga is a backwater league in Europe, filled with second- and third-tier Brazilian players plying their trade for perpetually indebted clubs that can’t generate enough revenue for comfortable survival. If not for the big 3—Sporting Lisbon, FC Porto and Benfica—the Liga would have no place in world football.

In the same way, Portugal itself sometimes seems to have no place in European geography. Pressed against the Atlantic Ocean, Portugal has been a geopolitical conundrum for over eight centuries. It would make much more sense simply to concede and become part of Spain. An Iberian State could actually compete with the real superpowers of Central Europe, both demographically and geographically. The concept was even put to the test in the late sixteenth century, but the Iberian Union only lasted 60 years, mostly because the Spanish Empire crumbled in its mainland adventures.

Still, after all this time, the tensions remain. They are not visible or even immediate. They run subconsciously; they insinuate themselves. You see them in José Saramago’s self imposed exile in Spain, and his proclamation that an Iberian Federation should emerge from the union of the two countries. You see them in the countries’ joint bid for the World Cup.

It’s a touchy feeling that no-one would assume is a realistic one. Not one politician in Portugal or Spain would openly talk about a political union of the two countries. But a sporting union? That’s another matter altogether.

Once, when Joan Laporta spoke out in favor of Catalan independence, a journalist asked what that would mean for FC Barcelona’s La Liga status. Laporta’s reply was telling: Not only would Barcelona continue to play in La Liga, but top Portuguese teams would also be invited to join, thus making La Liga an “internacional league” composed of top teams from Castile, Andalucía, Basque Country, Cataluña, Portugal and Galicia. It would be “political separation and sporting unification.”

The Laporta plan will not go through, but that does not mean that the centripetal and centrifugal forces that shape Iberian politics are not at work in Iberian sport. If in Cataluña the pressure is to disperse the central power of Madrid, in Madrid the pressure moves the other way.

This is what gives Cristiano Ronaldo’s and José Mourinho’s tenure in Madrid a new, bigger—some would say sinister, but definitely political—meaning.

Ronaldo isn’t Real Madrid’s first Portuguese megastar, and Mourinho isn’t their first Portuguese manager. Carlos Queiroz coached the Merengues recently, and Luís Figo was, briefly, the world’s most expensive player when he moved from Barcelona to the Spanish capital. Neither man is the first to shine in his role in the capital of Spain. Ronaldo and Mourinho are just another chapter, a new page in the story of Spain’s appropriating the biggest sporting symbols of Portugal, transforming them and selling them as part of the myth of Real Madrid (firstly) and Spanish power (secondly).

In the recent past, Portugal had two World Players of the Year—Luís Figo and Cristiano Ronaldo. Each of them became national icons. Together with Eusébio they represent Portuguese football and sports. No other figure in Portuguese culture carries the same weight, and while Eusébio was never allowed to leave Benfica, mainly because he was a key political figure for the Salazar dictatorship in the 60’s, both Ronaldo and Figo were quickly targeted by Madrid. Figo carried the added bonus of being a former captain of Barcelona, thus depriving the Catalans of one of their own prized symbols.

One could make the argument that Paulo Futre, the dizzying left winger and star of FC Porto’s ’87 European Cup win, became the first international megastar of Portuguese football when he moved to Atlético Madrid, but he picked the wrong Madrid club and squandered his chance at the titles his play deserved. He is now more revered in Spain than in Portugal, forever a symbol of the idiosyncrasies of the Atlético Madrid’s haphazard path through their own sporting destiny.

Luís Figo was the first Galáctico. Back when he became the most expensive footballer in the world, there were no Galácticos yet. The term was coined when Zidane joined Real Madrid the next year. Figo joined Real at the better stage of his career. He was 28 years old. He had led Portugal to a Euro 2000 semi-final. He also led FC Barcelona. When Florentino Perez, campaigning for the presidency of Madrid, promised to sign Figo, no one believed him. 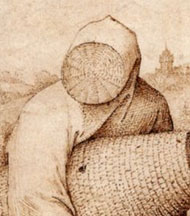 Some still did not believe when he was presented at the Bernabeu. This all seems so long ago, but at the time it was a revolution. Figo was not, however, a megastar. A football star, yes, arguably the best in the world—even better than Zidane, though it was the Frenchman who won that year’s Fifa World Player of the Year Award. In Madrid, Florentino Perez’s marketing genius made Figo the Best Player In The World the following year. Thus it was that a Catalan and Portuguese symbol became known to the world as an icon of Madrid and Spain. When Figo injured his ankle in a Champions League game in 2002, he would continue to play for Real Madrid, eventually winning the Champions League against Leverkusen. Rather than rest ahead of the World Cup, Figo kept playing, increasingly less effectively, until he was rendered almost useless for Portugal in the World Cup. The consequence was a disappointing performance in Korea and a premature exit.

Cristiano Ronaldo’s time at Madrid, probably more than Mourinho’s, has been about the elevation of the player to an iconic status. From afar it probably looks rather quaint: the confusing mix of Portuguese and Spanish languages; the girlfriends; the mystery child; the “Hundred Million Euro” tag; the “Ronaldo v. Messi” comparisons. It all seems to be rather frivolous, but underneath there’s intense pressure to transform Portugal’s golden boy into a Madrid Icon, one who reflects on the world not as a Portugal symbol, but as a symbol of Spanish might and want. Ronaldo plays for himself and for Madrid. He is the biggest symbol of resistance against the lure of Barcelona and its morally self-imposed beautiful game. His mechanical qualities—Ronaldo is always the faster player, the stronger player—become more sharply visible when contrasted to the Barcelona way. It’s not a coincidence; it’s what Real Madrid does. They are a football machine, made to win matches and trophies. For the Glory of Spain, they Win. They go out and get the players needed to win, and they win.

Ronaldo becomes Madrid with every winning goal he scores. And with every goal he becomes more Spanish and less Portuguese. He is the symbol of what the Spanish Empire always wanted to be in the world. Powerful, rich, influential—dare I say fashionable?—and definitely uncontested by the smaller nations that make up its fabric. Ronaldo as a Real Madrid Icon is a declaration of Spanish might. It’s Madrid’s powers saying to the rest of the nations in the Iberian Peninsula: “We will take what you have to offer and make it ours, no longer Catalan, or Basque, or Galician, or Castilian, or Portuguese, but Spanish!”

Mourinho’s case is different because he knows what’s at stake. He’s pragmatic enough to know that, no matter what happens in his near future, he will not last long in the Real Madrid universe—no coach does, and he will not be the exception. He has already stated, on multiple occasions, that he wants to return to England, and he knows that permanent, restless wandering will make him far more famous than a prolonged dynastic reign at any one club.

João Jorge spends his time wondering why Benfica aren’t champions of the solar system every year. He blames NASA, destiny and the referee.

With the possible exception of José Saramago, the country’s only winner of the Nobel Prize for Literature, who—as I said before—spent the last years of his life in Spain, married to a Spanish citizen. In the political groundwork for the award Spain was as active as Portugal in guaranteeing the necessary support.

I could argue that Paulo Futre was as good as Messi is now, only no one would a) believe it or b) defend it, because of Futre’s frustrating time at Atlético where he only won a Copa Del Rey.

Ronaldo and the Thief of Culture