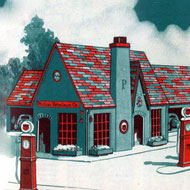 I have a new piece in Slate on the MLS Cup and why the league doesn’t do more to connect fans with American soccer history. MLS has had a lot of success marketing stars, but for various reasons—largely because it’s been so keen to distance itself from the failure of the NASL—it’s done very little to foster the kinds of traditions that could give the American game an identity beyond the latest branding campaign. American soccer history is a lot deeper and more interesting than most people realize; it’s

full of great stories that fans have never been told. Fans, in the meantime, have consistently shown that they value tradition and history: see Portland fans protesting gratuitous changes to their shield, Seattle fans demanding to call their team the Sounders, fans all over the league building cultures around traditional supporter groups. If you were running MLS, why wouldn’t you want to strengthen those ties by emphasizing the league’s place in a larger narrative of American soccer history?

Then yesterday, a few hours after the piece went live, the Kansas City Wizards went and changed their name to “Sporting Kansas City,” a move that earned instant derision on Twitter and that threw the problem I was writing about into sharp focus. It’s increasingly obvious, especially since the World Cup, that the pool of American soccer fans is growing faster than the number of MLS fans—a lot of people who might otherwise be excited to watch an American soccer league are choosing to follow La Liga or the Premier League instead. Partly that’s because the standard of play in those leagues is higher, and in the short term, there’s nothing MLS can do about that. But in the league’s own analysis—Don Garber stressed this in his State of the League press conference on Tuesday—the other reason that fans are drawn to the Euro leagues and not MLS is “authenticity”: a sense that while the European leagues are “real,” the American league doesn’t really have a place either in American society or in international soccer culture. Calling a club “Sporting Kansas City” is a more or less blatant attempt to appeal to Europhiles by—however irrelevantly—connecting it to a historic club in Portugal.

Okay, but is it crazy to suggest that the best way to create “authenticity” is not to market a rebranding initiative that turns your club into a copy of a different club? That it might be better, and more, you know, authentic to build an identity out of the history and culture you already have? The league, or at least some of its teams, have decided that what Europhiles want is just the general feeling of Europeanness, so they’re turning out theme-park mimicry of European soccer culture. (“Sporting Kansas City” may be the only possible MLS club name that’s unintentionally funnier than “Real Salt Lake.”) My guess is that while Europhiles may enjoy the experience of seeing other countries’ sports cultures (I do, and I think that’s a good thing), what makes European soccer seem authentic to them, if that’s even the word, is that it has its own culture and history. There’s something there that grew out of the societies in which it was set, rather than being invented by a focus group in a stadium named after a bank.

American soccer isn’t English football and Archie Stark isn’t Dixie Dean. It would be wrong to suggest that the game has been as important in America over the years as it has been elsewhere. But it’s still the case that the U.S. has a soccer tradition a lot of countries would trade for, even countries that are far more committed to the sport—multiple high finishes in the World Cup, teams and rivalries going back decades and more. The game has roots here, and MLS would be serving itself and its fans better if it took a page from Seattle and Portland (two of the teams with the strongest traditions in the country, and two of the country’s most fervently supported teams) and looked for authenticity in those roots rather than by unpersuasively copying someone else’s.