One of the great things about sports, even videogame sports, is that you never know what’s going to happen. The truth of this proverb is nowhere more apparent than in the media’s (even the videogame media’s) ongoing attempt to interpret everything in sports according to predetermined storylines that events often turn on their heads. Pundits tell us all season to expect a “LeBron-Kobe Finals,” then the Magic unexpectedly beat the Cavaliers. I tell you Pro Vercelli’s 2018-19 season is going to be defined by stability and continuity, then before the season is even half over I find myself with a team in the throes of transformation.

We skated through the first few months of the season in roughly the same style as last year, heading directly to the top of the table after Milan dropped points in six of their first eight games. There were some worrying signs—we were scoring considerably fewer goals—but none that were that worrying; we were still winning, after all. By late October we’d already opened up a five-point lead at the top of Serie A and it looked like we’d coast to a second consecutive championship. It’s never that simple, of course.

In our case, injuries struck. In the course of four days between October 31 and November 3, we lost four important players. Mark Linnane, our versatile new attacker, went out for sixteen weeks with a torn thigh muscle after making just nine starts for the club. David, our only other viable left winger, went out for four weeks with a twisted knee. Paolo Galli, who’d already suffered a gashed head during the season, strained his knee ligaments and found himself sidelined for two months. Playing Michael Dogan out of position on the left wing and alternating Teixeira with a series of youth strikers, we hit a slump and soon found ourselves in second, a point behind A.C. Milan.

To be honest, though, it wasn’t just the injuries. Ibrahimovic had stopped scoring. His ability to link up with Michael Dogan on corners was one of our most consistent sources of goals last season (along with Dogan’s free kicks, Teixeira’s “I don’t care if there are four defenders between me and the goal or that I’m 20 years old and defined by my team as a backup, I’m f#*@ing scoring now” moments, and Contini’s crosses for David on the break). Now, nothing had changed—the 4-3-3 was still winning lots of corners, they were being defended the exact same way, etc.—but Ibrahimovic just wasn’t getting his head to the ball. He went from scoring 14 goals in 35 league appearances last year to scoring twice in his first 14 appearances this year. The difference? He was happy now. He wasn’t spending all his time moaning about a transfer. Convincing him that he wanted to stay in Vercelli was possibly the worst move I could have made.

So when the January transfer window rolled around, we were in kind of an odd place: still doing well, still in the thick of the title race, through to the knockout rounds in the Champions League (we finished second behind Atlético in our group, then drew Bayern Munich in the first knockout round), but looking a bit stagnant around the edges. So when Arsenal bit on my half-sarcastic counter-offer and said they’d be happy to pay €34 million for Giovanni Magnoni, our recently-arrived young backup defender, I put the idea of continuity and stability in perspective. I didn’t want to jeopardize our championship hopes by tinkering with the team at this stage, but Magnoni, though arguably one of the most promising young defenders in the world, had only averaged a 6.8 in the 14 appearances he’d made for us, and I was starting to suspect that his highly physical, not-so-highly mental game was going to be a bad fit at the whatever we eventually decide to call the stadium that replaced the Silvio Piola.

So I bagged the cash and started looking for a defender who might be able to appreciate Michael Dogan’s vicious way with a corner. At that point, however, Juventus popped up with an offer for Paolo Galli, who was still out with his knee injury after playing just eight games over the first half of the season (scoring once). If you’ve been following Pro Vercelli for any length of time, then you’ll already know about Juventus: how they’re the biggest-spending club in Serie A thanks to the resources of their Chinese oligarch owner Li Yi, how they never make logical moves and consistently struggle for a Europa League place despite having the highest wage bill in the league, how they’re generally the picture of overfunded mismanagement. Now they wanted to give me €20 million (spread out over two years, but still) plus two players who were each individually better than Paolo Galli, all in exchange for a striker who’d managed a mighty 28 goals in 112 appearances in Serie A.

So again, I thought about stability and continuity, and I thought, well, not so much. The two players I got in the deal, both Brazilian, were a near-world-class central midfielder (who got no playing time at Juventus) called Antônio:

Which meant that I’d still need a striker to fill in for Teixeira, since I had no idea how Mark Linnane would look when he came back from his injury. After a quick afternoon’s shopping, I spent a breezy €16.5 million on Club Brugge’s 24-year-old Albert Vrancken, henceforth to be known as “the Vranck”:

All told, we wound up with €17.5 million more in the bank while gaining an objectively better striker, a probably-better-for-our-system defender, and a midfielder who will at least challenge for a first-team place. And Juventus owe us €875k/month for the next two years. That seems like a huge win, even if none of it was exactly planned and I’m still not sure how it affects the identity of the team. We’ve won six straight since selling Magnoni in early January, and have moved back into first with a two-point lead over Milan. But that has more to do with old players recovering from injury than with the new look of the team.

So we’ll see. I have misgivings about shaking up a championship team in the middle of a season, but at the same time, you don’t build up your club by refusing to take the dollar someone offers you for a dime. If Teixeira can stay healthy (13 goals and 10 assists in 17 starts) and Dogan can keep scoring on every other free kick (he’s five goals ahead of the second-leading scorer in Serie A…as a left back), we’re going to be in the thick of things at the end of the season. Only then will we know how wise any of these decisions have been. 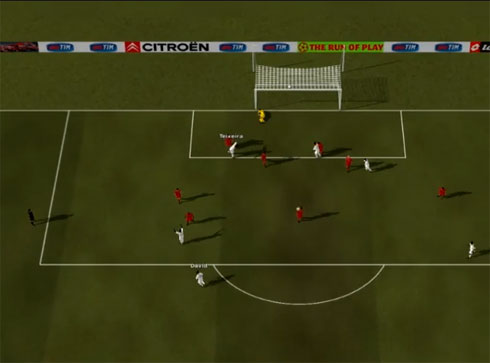 And this is why I love the Ferj: 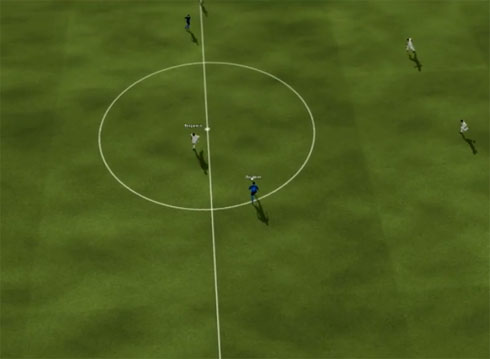 (You can see our new stadium in the first video, by the way.)

Also: Our 1-0 home win against Fiorentina in the Coppa Italia quarterfinals came during a milestone in my tenure at Pro Vercelli:

—
Song clips: “Why Don’t We Even Try Anymore?” by The Knitters; “Ace of Spades” by O.V. Wright