I am picturing the human brain as a map of lights in the dark, lights that flare up, in complex patterns, when we see something we recognize, when we make a decision, when we think of a word. In the apartment building across from mine, American Idol comes on, and a hundred tiny televisions start to flicker in perfect sync. Celebrities are all constellations of themselves, made up of every instance in which we have come across their likeness: in a bus kiosk, on a table in the dentist’s waiting room. The sight of a very beautiful person makes colors light up in the mind that look like Tokyo at night. Celebrities seem to exist in more than one place at a time. A speed boat and the alley behind a nightclub and a sidewalk down which they are walking in complete isolation with a single shopping bag all seem to be happening at the same time everywhere they go. These things seem to occupy nodes on a mysterious network of vital parts whose connections we are powerless to see.

Outside my window a traffic sign is made up of identical rows of large yellow light bulbs which, flashing in sequence, explain that cars should keep left. The turn signals of the cars, blinking individually and out of time both with one another and with the lights on the traffic sign, indicate their willingness to comply. On a screen somewhere, under a blue sky, David Beckham is carrying a baby and wearing a linen suit. One day civilization and the magazine industry will achieve the breakthrough that allows the scent of cologne to be reproduced entirely through visual means. In restaurants, people who own jewelry are calculating the size of their tip based on the cost of the meal and their satisfaction with the service. 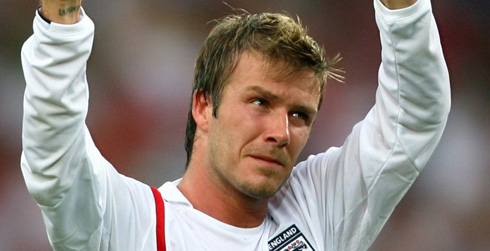 Cargo ships which are too large to pass through the Suez Canal or the Panama Canal must traverse the Cape of Good Hope or Cape Horn. David Beckham plays the right midfield position with resolve and intelligence. I am picturing the human brain as a night sky in which stars appear and disappear, the complex patterns of their disappearances resembling the most comprehensive distribution graphs used by, for instance, astrophysicists, or by deep-sea mining companies to chart sea-floor mineral deposits. The souls of the dead seem to exist in multiple places at once. The cabins of private jets on transatlantic flights are pressurized to around 8000 feet.

The sight of a very beautiful face on the cover of a magazine causes the brain (briefly) to resemble a pointilist painting. Global commerce attempts to regulate the hypothesis that products made cheaply in one place can usually be sold for a profit someplace else. Abducted children, like the souls of the dead, seem to exist in multiple places at once. The careful speaking patterns and uninformative statements through which many celebrities conduct their public conversations arguably represent a second-order morality of fear. If the camera is always on, if everything you do is being watched, then Venus is still the nearest planet to the Earth, but the distance between two shoe factories is impossible to contemplate.

If the network is always functioning, if the routes are always traveled, if the points are being continuously traversed, then David Beckham has been seen playing football in a stadium. If the human brain lights up under discrete stimuli like a picture of Europe at night, he has done his best and experienced strong emotions. If production ceased but consumption remained steady, the world’s coal reserves would last over 200 years. The possibility of comprehending any single meaningful subset of the vertices that in total represent the lattice of connected systems that would appear to be involved in the multiple existence of a very beautiful face, a missing child, or the souls of the dead would appear to be remote. If the clouds were small and cirrus, then the cargo plane flying overhead would be able to distinguish the colors of the stadium and the pattern formed by the crowd. But the players would be hard to make out, from that altitude, and the songs and chants would be impossible to hear.