For Miles to Watch You Burn

Dimitar Berbatov taking the penalty kick that drew Spurs level in the Carling Cup final yesterday: coolness so pronounced that it almost seemed rude to Chelsea, a matter-of-fact confidence taken to the point at which it began to resemble arrogant detachment. It was as if Berbatov felt such scorn for the thought that Petr Cech might be able to stop his shot that he refused even to pay him the respect of making the shot look difficult, instead just strolling up to the spot, dallying a split second until Cech had committed one way, then looking the other and sending the ball in at an unconcerned velocity. Just a casual hurricane, impersonally ripping out street lamps.

Considering the occasion and the opposition, Berbatov’s piece of anti-audacity was the representative moment for Tottenham: they never looked the least bit impressed with Chelsea. Juande Ramos’s victory with this team seems to have been, not just to stop them from being intimidated by stronger opposition, but to convince them that if there’s a bully on the pitch, they’re him. In the semifinal last month they reduced Arsenal to hot tears and vague threats about a nonexistent older brother; yesterday they fought the meanest boy in school, and left him with a wad of Kleenex over one eye, sniffing loudly and complaining about the rules.

I’ve heard people say that the win was a “superb fightback,” but what made it superb was precisely that it never felt like a fightback. Spurs were sharper and quicker than Chelsea from the opening whistle, and looked like the better team even after they went behind. Like everyone else, I assumed Chelsea would win after Drogba’s goal—only because Chelsea always win when the game’s a grind and they steal an unearned lead—but even at the time I thought, “Spurs don’t think they’re going to lose.” When Woodgate’s header bellied its way over the line, it didn’t feel like a shock except in the sense that Chelsea have an incredible ability to avoid the normal outcome of playing badly. It didn’t feel like the imposition of a new order; it felt like a spell being lifted that had been in place for so long you’d forgotten it was unnatural.

Chelsea have been animated for a long time by a (to me, anyway) mysterious current of resentment and frustration, and they’ve managed to succeed, somewhat improbably, by turning the consequences of those feelings outward and taking them out on their opponents. More and more, though, it’s beginning to look as though some of the bitterness is turning back in on them, and I think that explains the sense of emergency that seems to hover around them lately. I didn’t think Grant’s experiment with the 4-3-3 was as crazy as many people said; what was crazy was playing Shaun Wright-Phillips in it over Joe Cole. But with Lampard and Terry looking like disgruntled Byzantine princes and the media beginning to criticize Grant’s tactics, there are threatening shapes on the margins for this team and it’s not hard to see them adjusting their ski masks and starting to move in. 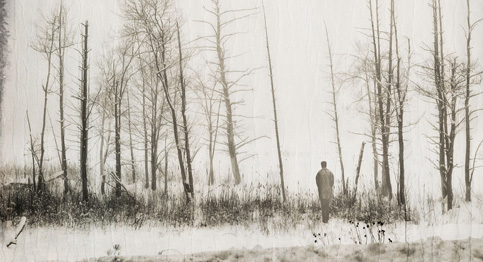 I don’t know what’s happening in the league right now. There’s an interesting feeling of upheaval even though the big four are in their customary places. It’s just a subtle change in which the deep background is starting to look the faintest bit revolutionary, or the hierarchy on the tapestries is getting harder and harder to read. Three of the top four clubs are in varying states of crisis; Everton and Villa are seriously threatening Liverpool with two-thirds of the season gone; Tottenham won the League Cup. Probably it ends with the status quo and nothing, but it feels like a live moment, and it’s been ages since the league offered even this much marginal possibility. A figure keeps appearing, just on the edge of vision. It vanishes almost before you can spot it. It keeps coming back.

For Miles to Watch You Burn