A Bit of Quality for Christmas 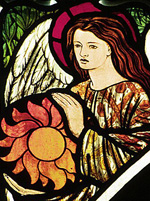 Dear Reader, on this morning of libation,

Fragrant with holly, redolent with peace,

The muse being passed out on a floor in Greece;

But then I couldn’t quite afford the lease:

Take, then, this rhyme, my sub-Byronic way

To thank you all for reading Run of Play.

I read the Sun myself—not for the stories,

Which always seem to dwell on English glories

Predictably, since no one heeds the Tories,

Until the streets sound rather less Dravidian.

Too much sun-gazing’s known to make you blind,

Like too much—well: I read it for the third page,

Greatly improves the tune inside the birdcage,

If not for their appalling lack of Keeleys. 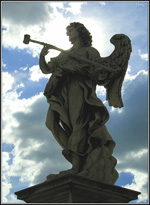 I’m joking, though. I read it for the football,

Which frankly should assume a lower station,

Its writers’ real aim being to shot-put all

But though the thing is filthy as a soot-ball

And hardly worth the notice of the nation,

It has the biggest headlines, wall to wall,

And beats standing in breadlines, all in all.

But win a spot-kick and the repercussions

In ninety-five-point headlines built in Scrabulous

Will be enough to give all Spain concussions;

You just can’t trust them, as you’ve heard, I’ll vouch,

From that sublime diplomatist, P. Crouch.

And now one’s coaching England, which is bitter,

If only Lampard hadn’t missed that sitter,

Or Harry Redknapp had, incarceration;

“Don Fabio”’s a rather heavy hitter,

But can he castrate the accursed Croatian?

Till he beats back the checkerboard battalion, 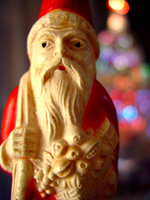 Well, what does it matter if a player dives,

Or where he’s from, or what he makes of gravity,

In this weak age, when even Micah thrives

Behind the camera, and his own depravity?

I’d ask why he and Ashley don’t find wives,

Except I’d rather not expose the cavity;

Football, not love, was tailor-made for cameras,

Unless the player is Giorgios Samaras.

Try as I might, I cannot find a way

To demonstrate its carolling, or hear it,

Or match it to the purpose of the day—

If Jesus came to take our sins, or near it,

Perhaps it gives him more to take away;

In any case, to help you read this happily,

I’ll try to keep from ending it too sappily.

A Bit of Quality for Christmas