The Paradise of Real Madrid

The Paradise I yearned for called to me like the chirps of a nightingale in spring. I had seen the flames and punishments of hell, and was excited by the promise of eternal bliss and delight. Was it odd Bernd Schuster would be my guide? Yes. Was it strange he could fly? Even more so. But I suspended disbelief and tightly grasped Bernd’s hand as we flew over the malebolgia, and we soon descended into a dense oak forest.

Upon landing, I immediately noticed two lifeless corpses sitting against a tree. We walked towards them, and I soon recognized them as Zinedine Zidane and Marco Materazzi! Surely Zidane’s left foot had ascended to heaven, I thought? Bernd spoke and I listened. “Their bodies  must wait here as their souls pay penance on earth for their sins.” He paused, and then realizing I was still dumbfounded, added—“Anytime a man in Torino sits at a café with his love, his collar unbuttoned and his chest exposed, the Frenchman blows upon the patches of hair. The Italian sings sweet-nothings into the lady love’s ear.” Bernd then extended his a hand, and I took it—I knew the Heavens awaited.

The contours of Heaven dazzled me. The clouds, the angels, the bright illumination—everything looked perfect. I floated alongside Bernd, skimming the top of cloud after magnificent cloud until we came to a group of men. I then saw a shocking sight—Ivan Helguera and Michel Salgado! I shook my head in disgust, but Bernd raised his finger to his lips and then spoke. “These are the men whose blood bled blanquillo, whose heart and courage exceeded God’s physical gifts.” Bernd glared at me for a time, and I grudgingly  bowed out of respect, and then we continued on. 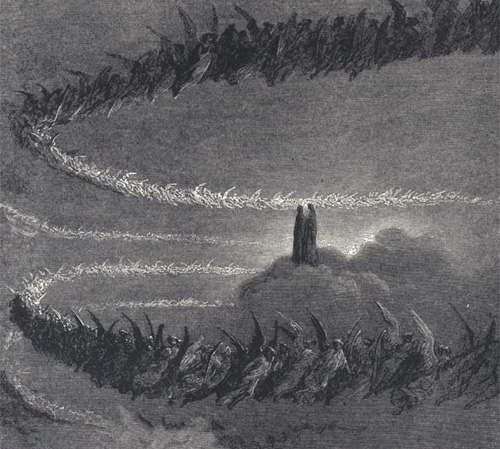 We soon came to an enormous cloud and we were approached by a playful, adorable puppy. I could not make out its breed—it had the ears of a German Shepherd, the shoulders of an English Bulldog, and the tail of Golden Retriever. Then, I saw another, and then another, and soon the puppies covered the entire surface of the cloud. I then looked up, and saw two men sitting on floating thrones, wearing golden tunics and smiling from ear to ear. However, the men were barefoot. Then, suddenly the thrones descended, and the puppies converged, excitedly licking the mens’ feet. They moaned in delight. And then I made out their faces—it was Gonzalo Higuaín and Pepe! 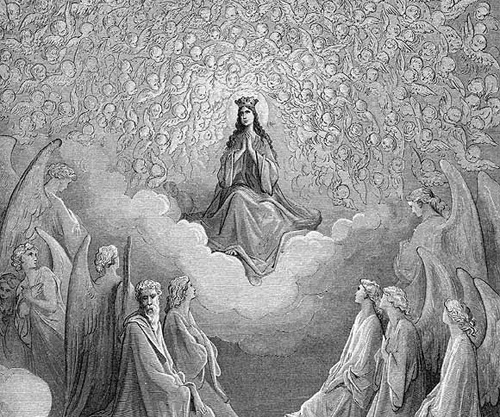 Gonzalo Higuaín!? Heaven had a place for a man that scored 4 of his goals against Málaga? Pepe!? Had the Lord forgotten his potentially devastating and horrific penalty against Getafe? Bernd raised his hand to hush me, and smiled. “These two men move their feet unquestionably for the Madrid cause; their hearts and mind turned their legs long beyond any normal man’s physical capacity.” Bernd again glared at me, and I finally nodded out of respect to them, and then we floated on.

We soon came to a slanted cloud, and the grade appeared impossible to mount. At the top a brilliant light shimmered, too bright to stare directly into. Then, Bernd and I suddenly began to slowly float up the cloud. At the light grew brighter, I heard laughter off in the distance. I glanced around and saw Sergio Ramos and Iker Casillas, gliding with wings of brilliant white feathers and playing tag. Not surprising, I thought, Casillas is off his line and Ramos is in the offensive end. We abruptly stopped and Bernd put his hand on my shoulder. He gazed menacingly into my eyes. “This realm is reserved for the believers and those who discovered and maximized their blessings from God.” I waived at the Spaniards and then we ascended upward again. 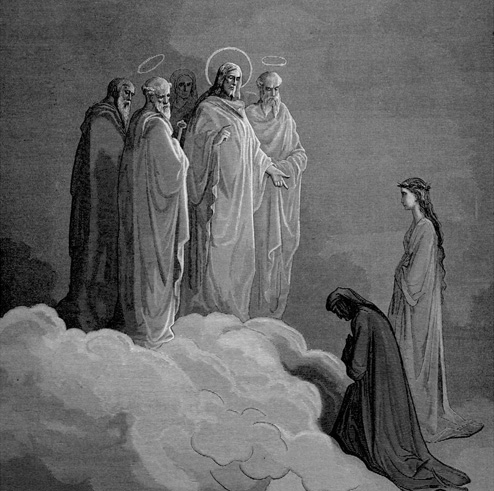 We passed through layers of white clouds, as beautiful as new snow under the full moon. In the distance, I saw the tiniest peak of a mountain. As we advanced up the slope, the mountain grew closer, until I finally saw a man sitting on a Golden throne. He sat in only his underpants! He wore thick-rimmed glasses, and a collection of beautiful blonde angles wrapped rings of Golden thread around his body. Once covered, they would slowly unwrap him while massaging his back and shoulders. It was Fabio Capello, and he was clearly in immense pleasure! Bernd spoke: “Capello brought glory back to Madrid because he knew that the ends can justify the means. But here his means have no end, just as his praises and glory shall circle the earth for its existence.” I prostrated before him, and then we returned to our ascent.

The light grew brighter and brighter, until I could not see anymore. Bernd clasped my hand and I felt an incredible yet comfortable warmth, as if I was sitting on a couch in my grandparents’ sunroom on a summer’s day. We stopped and I heard a boisterous laugh. Was this God? Bernd brushed my eyes with his fingertips and I could see. My legs shook, my stomach churned, and my throat heaved. Sitting on a magnificent throne of solid Gold, wearing a crown of emeralds, diamonds, and sapphires, at the highest level of the divine, was Robinho! Bernd saw the hate in my eyes and spoke. “God judges beginning, middle, and end. God reserves the highest rank for those who open their heart and move with the Holy Spirit, creating magical vibrations out of simple air. No other has moved so beautifully in the blanquillo shirt.” Simply put, I could not handle the dissonance. My head ached, my body shook, and my ears rang and rang and rang.

And then I was back in my room, awake, covered in sweat. My dream had taken me to unexpected places, but reality beckoned in the form of Benzema, CR9, and Ricardo Kaká. I briefly reflected on Raul’s words and Bernd’s gaze, on the punishments and prizes, but soon my recollection faded just as the mist dissipates before dawn.

Elliott is the editor of the excellent Futfanatico.com.

The Paradise of Real Madrid