Football Transfers Are About to Change Forever 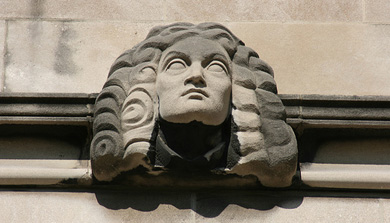 The Court of Arbitration for Sport has ruled in favor of Andy Webster in his landmark contract case against Heart of Midlothian, in a decision that means players will be able to break their contracts after two or three years (depending on the age of the player) with no compensation due to the club except the remaining value of the contract.

Acting under Article 17 of FIFA’s transfer regulations, Webster left Hearts for Wigan in 2006 against the wishes of Hearts and with a year remaining on his contract. Hearts demanded £4.6 million in compensation, but yesterday’s ruling entitles them to just £150,000, the remaining value of Webster’s deal.

The ruling will have two important consequences. First, transfer fees should plummet. Why buy a player for an exorbitant sum when just a short while later you can have him for no more than the remaining value of his contract? As the Independent points out today, Cristiano Ronaldo and Cesc Fabregas will both be available for £12 million in 2010 under the new ruling, when the former is 25 and the latter is just 23. Dimitar Berbatov could leave Spurs next summer for as little as £1.3 million.

Second, player mobility should increase. Clubs will have a large economic incentive to limit the duration of contracts to two or three years. And since signing bonuses and fee-seeking agents will motivate players to move, we could be facing an unprecedented era of team fluidity. 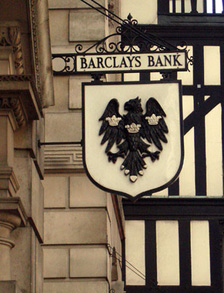 Overall, the Webster ruling should mean a large shift in economic power (represented in terms of allocation of revenue as well as contractual freedom) to players and away from clubs. Paying top players enormous salaries now becomes a way for clubs to protect themselves from losing their stars to their rivals for next to nothing. Think of it as a kind of insurance.

This is the most significant development in player-club relations since the Bosman ruling in 1995, and its full impact will only be understood with time. Whether it’s for the good of the sport or not is a difficult question. Reining in transfer fees may be a good thing, but that will be no more an incidental byproduct of this ruling. And if “player power” swells to the point that teams have no stability and clubs are held hostage by their stars, then the cost will be felt in the fans’ relationships with players and in the erosion of team identities. Small clubs may suffer most of all, since their top prospects will be available to big clubs virtually for free.

I wonder about the timing of the decision, as well. Handing down the ruling so that it reaches the news the day before the transfer window closes guarantees that it will be overshadowed by last-minute transfer activity and not receive much attention from the media. Whether that was the CAS’s intention, or whether the CAS is too far in the clouds even to think of an underhanded tactic like that, is anyone’s guess.

UPDATE: FIFA, which is strongly opposed to the Webster ruling, has released a statement announcing that it may review its transfer regulations with the aim of finding a way to close the loophole. Sepp Blatter calls the ruling “very damaging for football.”

Football Transfers Are About to Change Forever