If This Is a Fan

On a busy London street, two Ancient Greek philosophers from 1980s Brazil happen upon one another. They are dressed in particularly fetching togas, with yellow tops and blue bottoms. It’s confusing, but not in a bad way.

SOCRATES: Zico, to where are you hurrying on this fine summer’s day, down the Holloway road?

ZICO: To the Emirates stadium, Socrates, to watch my beloved 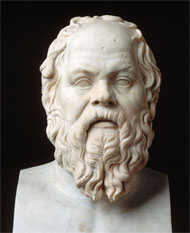 Arsenal in the Emirates Cup. How could I refuse the opportunity to watch a friendly match against the New York Red Bulls for the bargain price of £25 (plus booking fee)?

SOCRATES: But of course. I should have remembered how devoted you were to your beloved Gooners.

ZICO: Yes, indeed I am a fan, as I have been for many a year now. It does dishearten me, however, my dear Socrates, to see so many of les beaux-fans travelling along this road with us. Surely they are not real fans, but mere posers attracted to the idea of Arsenal.

SOCRATES: You are troubled, you fine fellow, so we will discuss this further. Would I be correct to say that you take these new Arsenal fans to be pseudo-fans?

SOCRATES: Then tell me, Zico, my friend and 1982 FIFA World Cup team mate, what your concerns are about these pseudo-fans and what you understand a true fan to be.

ZICO: Well, I am concerned about the new breed of Arsenal fans. You have seen the rich man Falçao. He began watching football last season and instantly declared himself an Arsenal fan. We cannot deny him this 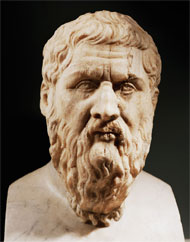 declaration, but it is surely obvious why he has chosen Arsenal: they are a successful North London side, a paragon of corporate viscosity, and a slick idea of a team. But surely being a fan means blindness to the trappings of governance and marketing policy and, to an extent, style of play. Being a fan should not just be supporting whoever it is easiest to support – there are over one hundred teams in the football league – all of them need fans, even those who lack success. Should we not fear now for the future generations of Port Vale fans? Are they to sprout form the ground, like potatoes? Arsenal are extremely easy to support, but fandom is by definition loyalty, which can be quantified regardless of the financial success of East Asian pre-season tours. Put simply: I am more of an Arsenal fan than Falçao as I have put in a longer shift. Fandom derives from loyalty, which is an absolute quality, and hence fandom is absolute.

SOCRATES: Strong words, my little friend. In your understanding then, we would have to attach to fandom a quasi-primordial and immutable status: you are a fan of a given club for whatever reason and that is that. You think that to be a fan of Arsenal on account of accidental features such as their trendy North London status or their slick, passing players would be to miss something more essential about the club that is not subject to change.

ZICO: Yes. I suppose I do. A real fan would not change allegiance. He would stick with his team no matter what! Even if Iain Dowie were named manager!

SOCRATES: And you’d no doubt then conclude that anything less than this degree of allegiance would mean supporting not the team, but an abstract ideal with no place in history.

SOCRATES: But surely, then, you would agree that on your understanding there can be no justification for expecting anything from your club. Fandom must be unconditional, and can be neither temporary nor abstracted.

ZICO: Yes. Falçao chose Arsenal just nine months ago, yet the news that his beloved Nasri may leave already has him dreaming of Chelsea. I, however, am a fan no matter what. Even if Arsenal finish fifth this season, I will support them just as much as I do now.

SOCRATES: But then what are you a fan of? Should Arsenal fans not expect more? They certainly have the resources and the background to strive for the highest rewards. By not expecting more from them, you yourself become no less a fan of an empty ideal than the ‘new’ fans like Falçao who trouble you so. Except, you dismiss even the nominal aesthetic appeal of Arsenal being a ‘trendy’ club. What, then, do you support? Abstracted from any given set of players, any given period or set of expectations, what is Arsenal other than the nominal name attached to a club that plays at a given address? Your ideal would turn out to be nothing but a postcode.

ZICO: That would seem to be the case. What do you suggest then?

SOCRATES: Perhaps this: that the ideal be located in history. Everyone has to begin watching football at some point; this is why you are uneasy about criticising Falçao for choosing Arsenal straight away, as you know he has to start somewhere. What he has revealed to you is the starting point of fandom – the initial point of decision that marks a cut with what stood before and orientates the course from thereon in. The fan is someone who falls in love with a team because of what that team embodies at the point of their initiation into football. Falçao no doubt did choose Arsenal for their frictionless class; a decade ago, you chose them for the audacity of Henry. You are a fan of Arsenal because when you began watching football, something about that team caught your eye and became your ideal. The fan is always entitled to compare their team’s current incarnation with that ideal.

ZICO: But wait! You, Socrates, have been a noted Newcastle United fan since the 2002/3 season, when, under Robert Robson, your swashbuckling style claimed third place in the league and impressive European progression. How can you reconcile that ideal of the club with what has befallen you since: Ashley, Kinnear, relegation and now midtable mediocrity under the management of Pardew? How do you still justify your fandom, or even sleep at night!?

SOCRATES: Naturally I am disgruntled and it does sadden me to see what has happened. Furthermore I must admit that I like this side far less than the side of 10 years ago, yet I support the club just as much as before. Hence my fandom does not preclude my having the right to judge or criticise the team. Similarly, though, Arsenal have regressed from Invincibility to perennial Vincibility in the space of five years. Here and there, they are vinced. Worse still, rather than complaining about this fall from grace, Arsenal fans have incorporated it into the very idea of the club. Had Wenger assembled such players as Koscielny, Szczesny and Bendtner 10 years ago they would have been deemed substandard. Now their presence is accepted as part of Arsenal’s promising youth strategy. But the Arsenal of the early 2000s were winners! Why should Arsenal fans expect less than that of their team? Why should they accept their dwindling potency with such politeness?

ZICO: But you have not answered the question. Surely this is a matter of picking and choosing what you support when it is convenient for you to do so: for instance, you might claim that Joey Barton’s passing reminds you of Nobby Solano’s in order to justify your continued fandom, when in reality there is no longer any connection between the founding ideal and what persists now. Where is the loyalty here?

SOCRATES: The loyalty is always to an idea of the team that you support. Then the actual team can resemble anything. The crucial point is that you have the right to compare any given side to the side that made you a fan in the first place. If I am a Newcastle fan who fell in love with the club during the Bobby Robson years then I am justified in being disgruntled nowadays. The interesting thing is that this does not necessarily mean that I no longer support the club. I will not abandon them. Rather, I stick with them and remain disgruntled. What I am advocating is less a lack of loyalty, than a way through which one can be justifiably discontent with one’s club whilst remaining a fan.

ZICO: And what of those who are not in love with any particular moment of the team? What about those who are, say, Ipswich fans because their father and grandfather were? Your idea sounds dangerously like aestheticist elitism. Moreover, it is a bit tarty.

ZICO: So what you are saying is that fandom is always something that is related to the team. It should not be abstracted such that it does not relate to anything, but neither should it be based solely on the enjoyment derived from being amongst the supporters, although there is nothing inherently pejorative about the latter.

ZICO: Very well Socrates, a good point well made. Now if you’ll excuse me, I have to get to the box office. If I don’t arrive early I’ll miss Rafa Marquez doing keepie-uppies before the match. Farewell!

The two men part. Neither of them remember anything of the exchange by the end of the day, making it all somewhat pointless. The Red Bulls drew 1-1 with Arsenal.

James and Samuel mop up after each other at Football in the GULag and @The_GULag.

If This Is a Fan