Youth Must Be Served

First of all, why are they called “under-21 teams” when they are really “21-and-under teams” or “under-22 teams”? I know I’m not the first to ask, but still, I’m asking. And Andy Carroll isn’t even under 22: he is 22. This highly official page lists forty players, of which only thirteen are actually, 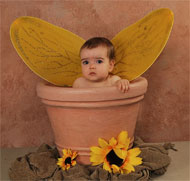 you know, under 21. Six of them are 23. Following this arithmetic, Jack Wilshere could play for the under-16 team, for which he would score about nine goals per game.

In fact, Wilshere could presumably be called up for—using the FA’s terminology—the U16s, U17s, U18s, U19s, U20s, Under-21s, and Senior teams. (Why does it go from “U” to “Under” at 21? Why not “U” all the way up?) Arsène Wenger could just hand him over to the tender mercies of Albion and turn to the challenge of trying to get Cesc Fàbregas and Aaron Ramsey on the pitch at the same time. But really, there ought to be a law: once a player gets called up to his country’s national side, he shouldn’t be eligible for the various JVs any more. The whole idea of the junior teams is to develop younger players, to get them ready for competition at the highest level—if indeed they prove capable of competing at the highest level, and regarding that the jury is very much in on young Jack. The dude can play. It’s time for the FA to find out who else of his age can.

What makes for a prodigy? It’s an odd word. In some fields it means extraordinary achievement at an early age. George Steiner had this definition in mind when he claimed that there are only three fields of human endeavor in which genuine prodigies happen: music, mathematics, and chess. The twelve-year-old Mozart wasn’t an exceptional composer for a twelve-year-old; he was just an exceptional composer. Bobby Fischer became a grandmaster at age fifteen. Not all such prodigies go on to become as great as they are expected to become; but they all accomplish a great deal, by any measure, in their art or discipline.

In soccer, though, and I think in other sports, we call players prodigies when they show extraordinary promise early on. They dominate players their own age, but we can’t be certain that they will be able to take the steps necessary to achieve as brilliantly when they’re playing against the best in the world. Freddy Adu was a prodigy in this sense of the word who failed to take those steps. Wesley Sneijder was a prodigy who took them.

Barney Ronay recently wrote a fine essay that focuses on the exploits of Liverpool’s Raheem Sterling but along the way argues that there are two different kinds of prodigy: those who mature physically ahead of schedule and dominate their peers with brawn and pace, and those who develop very high levels of skill before they could reasonably be expected to. Ronay thinks that the latter are more fragile: the skills won’t do them much good if they don’t develop the physical resilience to deal with angry strong men who wish to knock them about. Until this season, that was the worry about Wilshere: is the little guy tough enough? But no one seems to be asking that any more. Wilshere may have a slight upper body, but his legs are trunks, he has fantastic balance and burst, and he occasionally manifests something not unlike a mean streak.

So Wilshere isn’t a prodigy any more: he’s a superb player at the highest level. This is not to say that his career trajectory is complete or even inevitable, but (barring injury) he’s not going to be anything worse than one of the better players on a top team. I don’t think you can say anything that definitive for any of the other players on England’s Under-21 team: Andy Carroll, Micah Richards, Josh McEachran, Kieran Gibbs, Daniel Sturridge, Danny Welbeck—any of them could end up being just a decent Premier League player; any of them could be something more than that.

But it’s hard to imagine any of them becoming superstars, in part because none of them were really prodigies, just impressive teenage players.  Among the truly great players—legends of the game—weren’t they all, in their early years, absolute and unquestioned prodigies?

I have the highest hopes for McEachran.

Youth Must Be Served