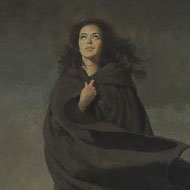 So what does today say about the fate of baseball? One of the reasons the NESV takeover of Liverpool was such a big deal was that it represented an incursion of the newfangled American prudence-and-calculators style of management into what was traditionally a hunches-and-gestures league. Alex Ferguson won 10 titles buying players he’s never even seen, and now Liverpool’s new sabermetrics-crazed Red Sox tycoons were parachuting in with actual laptops. They talked to Billy Beane, they installed Damien Comolli (apparently after a significant version upgrade), and they implied that they planned to steer the English club most likely to star in a film of Wuthering Heights toward a new, rationalist promised land. Stat-sheets and bargains ahoy.

In retrospect, I think the Wuthering Heights aspect of the club was a major reason why this story resonated. It wasn’t just that a football club was going to take a businesslike approach to the transfer market—Lyon already did that. And it wasn’t just that an English club was going to adapt to an American business model—Aston Villa had done okay, for the most part, under Randy Lerner, and the Hicks/Gillett “you’ll never mock a loan” strategy wasn’t exactly Mongolian. It was that Liverpool—grand, doomed, melodramatic Liverpool, the club whose emotional longitude was as far away from Moneyball as any club’s possibly could be—was going to embrace clerical sobriety and boring reasonableness. If it could happen there, it could happen anywhere.

I wrote a piece on the stats angle of this story for Slate last week. But worrying about the stats angle presumed that NESV meant it, or at least—since John Henry seems mainly to communicate by mild implication—that all the articles about sabermetrics that suddenly popped up in the English press weren’t completely off base. But then, why would they have been? John Henry’s whole career has been based on getting rich by exploiting market inefficiencies. Why get mixed up with Liverpool if they planned to do things the same old way?

And yet, somehow, after the madness and helicopters, here we are, with Kenny Dalglish as manager, Fernando Torres getting a medical at Chelsea, supporters’ psychodials set to either “extreme swoon” or “radio chat show”, Charlie Adam apparently worth more than Mesut Özil and Andy Carroll a near equivalent to David Villa. It’s been a weird day, in other words, and while it’s not at all clear that these are the worst signings Liverpool could have made after Torres’s exit request sent them scrambling—at the time I’m writing this, it’s not even fully clear that they have signed these players, or even that Torres is gone—it’s still clear that they’ve been engaged in some kind of pretty horrendous scramble. And it’s hard to reconcile horrendous scrambles of any kind, much less the kind that involves maybe £60-70 million in cash outlay, with the patient, scrupulous, march-of-the-coupons approach pioneered by Lyon and Moneyball. Could you see Bill Belichick making moves like that?

Maybe not, but then, it’s hard to see Bill Belichick coaching in a game where players have as much power as they do in soccer. If today shows anything, it’s probably not that NESV are going to run Liverpool like it’s Chelsea (viz. a man is stooped over a giant pile of cash and is shoveling it into an oven) but that bringing moneyball to the Premier League necessarily means encountering a daunting amount of mess. There’s mess all over the practical level, obviously. For all we know, and it’s not all that unlikely, Liverpool thought Torres and Suárez were going to be an unstoppable near-rhyme together for the rest of history, and were caught so unprepared by Torres’s demand to get in a helicopter that they had to replace him with whoever they could, even if it meant spending £35 million on a player who’s scored 34 career goals. (One of the Lyon strategies Simon Kuper extracts in Soccernomics is “replace players before you sell them,” but that’s a tough break when you’ve been running your club for three months.) Your laptops can alphabetize the known universe, but when the unexpected happens, you might be stuck in any case.

But it’s not just unpredictability on the practical level that makes moneyball hard to import into soccer. It’s also the fact that, culturally, this is a game whose fans are still deeply reluctant to think about money as a central component of it. That may be overstating the case, but there’s something to the idea that unlike the major American sports, soccer has not conditioned its supporters with years of team relocations and stadium subsidies and mathematically-minded bestsellers and the ESPN Trade Machine and Bill Simmons calling every basketball non-star “Player X’s Expiring Contract.” When a player like Torres wants to leave a club like Liverpool, the reaction, from fans and the media, is an emotional tidal wave rather than a dispassionate evaluation. That’s true to some extent in America, too (see: the ashes of LeBron James’s Cavs jersey), but at least to me, it’s striking how much of the commentary in soccer turns on ideas like “Liverpool must hold onto Torres at all costs to prove they’re still a big club.” Could there possibly be a less moneyball-friendly argument in the world? But it’s impossible to filter out that kind of thing completely as long as the objective-statistics layer of the game is blurred underneath a power-projection/ego-agony layer, which, for any “big club,” it more or less always is.

And where “ego-agony” and “Liverpool” appear in the same sentence, it’s not going to be a good day for the neutral application of mathematics. I’m not saying Comolli or John Henry or even Kenny Dalglish were motivated to overpay for Andy Carroll just to prove they could. But there are just so many wraiths and ghosts and weird sensitivities and old sources of pride at Liverpool, so much other stuff, and it’s all so deeply ingrained in the culture inside the club—remember, Liverpool loves other stuff; this isn’t the Oakland A’s—that it’s impossible to imagine a lot of that doesn’t come flooding out, I mean into the minds of the people making decisions, when the clock suddenly starts running and everything goes nuts. We’re Liverpool, for @#$%’s sake. If you spear a rhino in the thigh, it’s going to thrash, as Rafa Benítez probably likes to say.

Now, again, none of this means that Liverpool haven’t had a good day, or a good January, in terms of improving the squad. I’m reserving judgment until we know who’s actually in it, but at first glace I like Suárez and Carroll together, and as much as I love him, Torres isn’t worth £50 million soaking wet. (Well, maybe if you throw in the helicopter.) It just means that there are some interesting structural reasons why a regime of Puritan fractions has so far failed to overthrow the club’s usual sentimental chaos. Which, for lovers of sentimental chaos, may not be a bad thing after all.