On Hypocrisy and Football Being Ruined

There are several things you should know about me before I get into it.

In the old days, people knew how to enjoy football. They either played it, watched it, or fought over it. Now, you spend all week dreaming about your completely worthless computer-game team, then you bring your drugged-up kids to a Premier League match, then you go home and spend hours writing a long and twunty blog article that 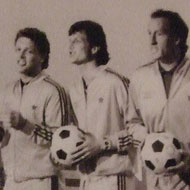 eight mental patients will read. It’s like having a dry wank and then not even spooging on a stranger. What a complete waste. Chalkboards, pudcasts, comparing football to things that aren’t football and making up fantasy conversations between players? All wank. I emailed a bunch of it to Alan Shearer and he didn’t even bother to reply. Probably because I guessed at his email address. Turns out it’s not ShearerPubes69@BBC.co.uk.

Some of this rubbish I’m not even sure if it’s about football. It’s more like junk my brother Smart Tom rambles on about. He’s a uni professor and he refuses to go to the pub with me because he says it’s full of “short-tempered Philippines.” I tell him, “No, Tom, they’re all English.” And then I remind him about the time I got drunk and beat him at Double Jeopardy while pissing myself and I have my kids laugh at him. The point is, this is football. You don’t need “statistics” or a psychology degree or those big words that make Smart Tom laugh like a zoo creature. When you shove all that mess into the beautiful simplicity of football, you sound just like Smart Tom saying you’re too good for those stupid, herpes-infested degenerates at the pub.

Mygraine, one of my 18 kids, can’t play football. He’s dyslexic. Always scores own goals. But he doesn’t sit around typing nonsense about Fabian Capello’s “tactics” or recording his own self-indulgent jabber for people who are too dumb to listen to Rush or actually talk about football with other human beings themselves. We bought him a George Foreman Grill. 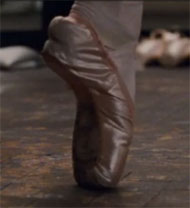 So he does that, plus he plays the video football. He still scores loads of own goals on it, but we don’t let him play online, so who is he hurting? Only himself. And me.

By now you knobs are probably coming up with snappy replies that you’d be too afraid to say to my face. You’re probably shaking your fist at your iPud screen and saying that what I’m doing here is just as worthless as the garbage you pore over. And you’re right. Congratulations on spotting old Bert’s hypocrisy. You win another billion hours trying to overcomplicate the simplest game while the people you think you’re better than—the Sam Allardyces, the Harry Redknapps and the Email Heskeys all laugh at you for the opposite reasons you laugh at them. In fact, I can hear Sam laughing at you right now because he lost his job and he won’t leave me the hell alone. That’s right, Sam—your Snuggie smells like body odor and cats.

Now one of you tell me who I talk to about writing a book.

Bert Tiddle writes The Uneventful Life of a Retired Footballer for Dirty Tackle. You can follow him on Twitter, though he would prefer if you didn’t.

On Hypocrisy and Football Being Ruined