Start with his motile, princessy, yielding and absolute face, which is never only itself, but always itself smiling, itself sulking, itself exulting, itself wincing, itself coming apart in some goofy expression of praise.

Look at the strange lacquer of serenity that shines on him, that mutes his nervous vitality and creates the odd illusion that everything that happens on the surface actually happens a long way underneath it: watching him, instead of having a sense of someone whose every look contains an anxious charge, you somehow take the impression of a calm and self-composed person whose inner thoughts you are mysteriously able to see. Which is another way of saying that the more he declines to hide himself, the more he takes on the quality of a pressing and inexplicable secret. 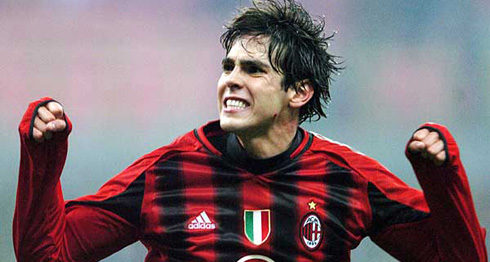 He has an imperative bearing, but often seems obscurely put-upon, like the king’s son who hates to go to court. At the same time, he seems to transcend his own good manners, so that his modesty sometimes appears to be the negative tribute he pays to his own self-worth. But then, as soon as you reach such a conclusion, his face changes again, and you see a real light of kindness in his eyes, and it becomes impossible to say.

On the pitch, he plays with the same contradictions. He’s joyful and petulant. The intricate and spontaneous navigation of contingency that creates his beautiful runs is hidden on the surface by their awesome inevitability. It’s as if you’re watching someone who’s merely slalom skiing, when in fact he’s also creating the slope.

Chasing the ball, racing a pair of defenders, he’s silky and feline and ruthless, ready to twist and snarl his way to the necessary space with every conceivable feint. With the ball at his feet, bearing down on a goalkeeper, he’s suddenly almost delicate: hands up by his shoulders, his long sleeves pulled up over his palms, he’s a wavering, childlike death, tentatively destroying the world.

When he’s done the impossible, when he’s taken your breath away, he throws his arms into the air to acknowledge his divine inspiration with the dramatic abandon of a diva soaking in applause. You can’t doubt what you’ve seen with your own eyes, but at moments it’s hard to believe in Kaká: how could something so perfect and so flawed, so selfless and so merciless, so genuine and so contrived, possibly exist?

He drops to his knees, peels off his jersey, and shows Jesus on his secret t-shirt. And sometimes the mystery doesn’t disappear just because you happen to reveal it.