People who say that soccer is boring and people who say that soccer is beautiful are usually talking about the same thing, which is that the game makes it hard to tell the difference between intention and accident. The game takes very graceful people and makes them clumsy; you’re an acrobat, it says, now be one with no arms. Moving the ball around the pitch becomes so difficult and is so easily disrupted that from a distance a match looks like a war waged against blind chance: which way the ball bounces, where it deflects off an unknowing face or shin, whose foot reaches it first in a scramble, will do more to define long stretches of play than the most careful coordination and planning. And yet: when something works, when the ball finds its way into the net, so many contingent forces have to cooperate that it can look like the world’s randomness falling into some kind of unanticipated agreement with human will. For a few seconds every difficulty yields before the attempt and with a startling suddenness you see something happen that’s implausible and inevitable in just about equal parts. 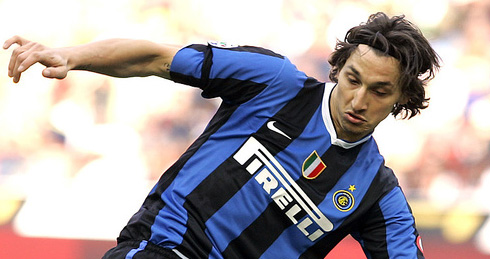 So it’s boring, and it’s beautiful. Even when it works, there’s often a threshold of doubt. Did he know the ball would bend that way? Was it really just luck after all?

I’ve been thinking about the adjectives I use to describe my favorite players. I keep finding my way back to words like “clear,” “simple,” “coherent,” “lucid,” and “plain.” I think the word I actually want is clarifying; there are players who are clarifying—players for whom the accidental and the intentional are further apart than they are for anyone else on the pitch, and who can therefore function as a kind of fixed point by which you can measure the relation. Steven Gerrard is a great midfielder, but he isn’t the least bit clarifying. Pirlo is clarifying. Messi is clarifying. Thierry Henry was clarifying, until he wasn’t.

It’s not a real portrait this week, it’s just an idea, and here’s the last chapter: at his best—a designation that extends over most of this season—Zlatan Ibrahimović is the most clarifying player in football.

It sounds undramatic to call a great player clarifying. It sounds like a dry ideal of greatness. But I’m not talking about technical skill or the ability to dribble precociously. I’m talking about a way of playing the game that can only function when a player’s capacity to gain control in chaos is a matter of such certainty that it begins to be an assumption that feeds his instinct. So that he can go into chaos with such a refinement of skill or understanding that he can take inspiration for granted. So that we can watch, and see that all the moving pieces of the game were in someone’s mind at once, and chance wasn’t able to stop him.