In myth and in the funny pages, tiny wiseguys with magic somewhere in them baffle and humiliate the sergeants and leashed bulldogs of the world. They find an ally and representative in Joe Cole, the Puck, Peter Pan, Bugs Bunny and Odysseus of Chelsea, the Artful Dodger, the Puss in Boots, the handful of flash that leaves the rascal with his feet up chewing on a straw while the other boys whitewash the fence. He’s the cartoon mouse whose legs turn into pinwheels when he runs, who keeps up the innocent act straight to the moment when the cat plows into the train. He’s the physical screwball comedian. He’s not smart, he’s just drawn that way. 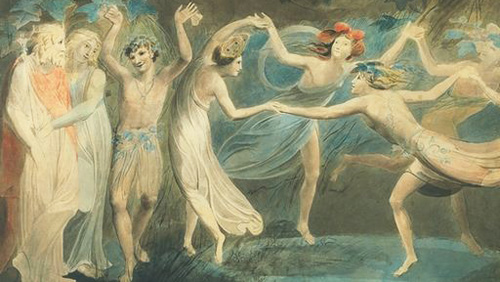 He makes trouble. He knows how to wiggle his ankles. There are times when he does to defenders what the internet did to Encyclopedia Brown.

Scene: The garage on Rover Avenue. Encyclopedia Brown rushes in, his mouth open, eager. He collides with a group of kids who are leaving in a hurry.

ENCYCLOPEDIA BROWN: Guys, wait! I know who stole the trophy! You see, when Wilford Wiggins was crying earlier, I noticed that the tears were on the outside corners of his eyes, but the human tear duct is actually on the inside! I think he’s—

TAYLOR: Oh, uh, hey Encyclopedia, yeah, Wilford just tweeted a confession and we picked it up on Friendfeed, so it was definitely, I mean—

MADISON: Yeah, so we whoised the IP and got a read on his location, then printed up some directions on Google maps. We’re going to try to head over there and catch him. I cashed in some reward points, looks like Idaville Limos should be here any minute.

ISABELLE: They had the best Yelp ratings.

TAYLOR (puts his hand on Encyclopedia’s shoulder): But seriously, man. Great work on that tear duct thing. You’re phenomenal, Encyclopedia. Don’t let anyone tell you otherwise, you hear me?

ISABELLE: And just text me if you want some help with your science homework.

How was a player like this—a player with mischief, a player with technique—born and trained in England, where the going conception of a midfielder is someone who’s willing to watch the ball go sailing overhead as Rio Ferdinand blasts it 80 yards toward Michael Owen’s haircut? It’s a mystery, and it intensifies his air of slipping through the cracks, of evading the long-ball, asphalt, and car-insurance universe for something wry and subversive and alive.

Every player has a tabloid escapade, and the tabloid escapade more often than not tells us something about the way he approaches the game. Joe Cole can run like a slaloming skier, turn his hips into less-thans and greater-thans, tapdance on the ball, spot the deadly early cross. He once escaped through a window after the weightlifter boyfriend of the topless model at whose house he “fell asleep” burst into the room and attacked him. Was anyone really surprised?