Is there really anything more to be said about FC Barcelona? Maybe not, but there are a couple of things I noticed while watching the Champions League final that might be worth registering in pixels. Plus, I have a question.

First, it has become conventional wisdom—I have even repeated said wisdom myself—that no one really plays totaalvoetbal anymore, and indeed couldn’t manage it against modern tactical defenses. But I’m reconsidering this belief. Jonathan Wilson commented last year that “Total Football, in its purest form, was pro-active, not reactive, based on the interchange of position 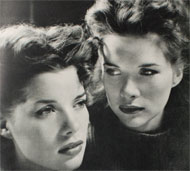 and hard pressing.” In that article he was talking about the Dutch influence on the Spanish national side, but the Catalans are even more totaalvoetbalisch (I made that word up) than Spain. Spain presses high and hard, Barça higher and harder; and Spain is far more positionally conservative than Barça.

In the Champions League final I often found myself saying, “Wait, what’s he doing all the way up there?” and, equally often, “Wait, what’s he doing all the way back there?” There were moments when the only players deeper than Xavi were Piqué and Valdés; there were other moments when Xavi was the point of the spear. Several times—especially after Manchester United gave up on its initially effective pressing—Piqué got the ball from Valdés and dribbled right up to the half-way line as Messi dropped deep to take the ball from him. Meanwhile, Xavi, finding his services not needed at the moment, moved up to become one of the foremost attackers. I could give several other examples involving Iniesta, Villa, Busquets, and of course Alves, but: “Interchange of position” indeed. No wonder the Man Utd midfielders looked so puzzled throughout much of the match: Carrick and Giggs were simply lost souls out there, and Valencia responded mainly with petulant fouls.

All of this leads me to my second major point: Barcelona doesn’t play a striker, and hasn’t since Ibrahimovic left. They just have a bunch of skilled players—you could call them midfielder-forward hybrids or something—who take turns orchestrating the attack and making runs to the goal. Normally it’s going to be Xavi who gets things going, but at any given point in the match the player launching the push forward could be Busquets, Alves, Messi, Iniesta, even Villa or Pedro (though in the last two cases usually from a wing). Seven different Barça players had shots on goal in the final; they finished with twelve shots on goal total. Meanwhile, only three Man Utd players took shots at all, and Rooney’s goal was the only shot on target. When you’re playing Barcelona, you just have no idea where the attacks are going to come from or who will be making them. How can you plan for that?

So the question I have in mind now is this: Can other teams learn anything from this display of footballing brilliance? Is this just a Golden Generation of players who have exceptional imagination and skill and trust in one another? Or might other teams be able to steal at least a few pages from the Barça book? It would be especially wonderful for the game of football if that positional fluidity could be copied, because all those surprises are fun.

It’s not the sort of style that could be implemented immediately; and perhaps it can’t be implemented at all if you don’t have players who work together for years and years, preferably starting as teenagers. It may well be that the trust the Barça players have in one another, trust born from confident knowledge about what every player is likely to do in a given situation, just can’t be replicated in the modern game, as financial exigencies demand player movement from team to team and league to league. Maybe it won’t even be sustainable at Barcelona for much longer.

Plus, Barça’s style is a risky one: it makes you vulnerable to counter-attacks in several ways, and soccer managers are notoriously risk-averse — as are all coaches in professional sports, really. As Gregg Easterbrook has been pointing out for some time, American football coaches punt way more than they should, but they keep doing it because they’re not going to get fired for punting too much, whereas they may well get fired for taking too many chances. I can tell managers that they ought to try playing aggressive and imaginative soccer, but they’ll just tell me that Ian Holloway tried that at Blackpool and it got him relegated.

So I understand that soccer coaches, managers, and executives will probably look at Barcelona’s style and say, “We just can’t do that. Their situation is unique.” And maybe they’re right. But I wish a few teams would be just dumb enough to try.

Alan Jacobs’s most recent book is The Pleasures of Reading in an Age of Distraction.