“Football was taken from the working class in the ’90s and passed to the middle class. Just as food was fetishised as an instrument of snobbery, now football is being snaffled by the poseurs.”

As I read this stirring conclusion to a nigh-on Scargillian tract railing against football tactics websites, I got to my feet, punched the air in an unquestionably heterosexual way and yelled, such that Bobby Moore himself might hear, “GET IN!”

Admittedly, I didn’t really get it at first, reading comprehension being a dull, bourgeois conceit and thus irrelevant to my life. But after extensively consulting the copy of the Oxford Children’s Dictionary I confiscated from my son Mucus in case he got ideas above his station, I came to realise that Al was expressing my precise feelings.

As I was saying to my mate Big Bob the Coalminer daaahn the boozah the other day in between us using each other’s faces as dartboards, the game has been gentrified to point of oblivion. It started when matchday programmes began printing team formations as they might actually appear in the game, instead of in a 2-3-5 which no team had actually used for decades. The rot continued when Andy Gray started to analyse tactical points on television, using electricity. But now that internet bloggers are starting to examine the mechanics of team football, write about it and—ye gods!—publish it for people to read, I fear we’re but an “overlapping full-back” away (whatever that is) from the day when to win a Blue in “soccer” is more prestigious than to kick someone’s head in for no apparent reason. 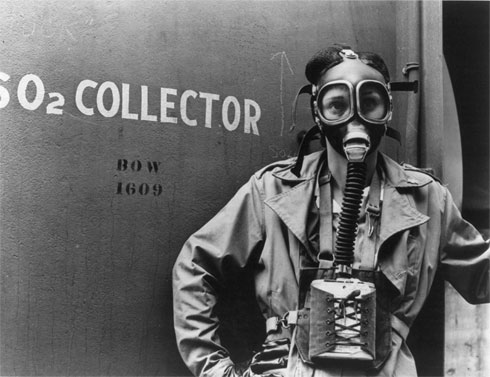 My suspicion of intelligence was bred into me from an early age by my father, an alcoholic riveter. I came home from school one day, bursting with enthusiasm from a day’s learning about the solar system. As I began to recount to my father newly-garnered details about the moons of Mars and Pluto’s unusual orbit, he punched me lovingly in the jaw and said to me, “Son, listen now and listen good. You don’t need to know all this rubbish about asteloids and Hyper Belts and what have you. It’s just not interesting, and it’s not for the likes of you and me. Leave the educational stuff to the lads with the posh accents, the ones with no visible scarring on their faces from excessive parental chastisement, the ones who will grow up and parlay their education into, at the very least, enhanced employment prospects. I want you to go back to school tomorrow and tell that hoity-toity teacher of yours that all you need is a love for your city, a look skywards to your mother even though she’s not actually dead or anything, and a song in your throat—a proud, proud song!” With that, he broke into an honest, proletarian rendition of “I’m Forever Blowing Bubbles”, at which a salty ocean of tears drenched my cheeks which were already hollow from a lifetime’s abuse of heroin and mawkishness.

As I’ve grown up and become worldly—in a stupid way, natch—I have seen the truth of Dad’s words everywhere I’ve looked. Take the great Ajax team of the ’60s and ’70s, chock full of salt-of-the-bleedin’-earth types. They achieved their success through a rigorous and undeviated-from training regime: first, they would drink for an hour; second, they would show some emotion; finally, they would be put through “inspirational moment” drills, where they honed their game to eliminate as much as they could of the flim-flam that is the bane of highlights-show producers and slow-motion montage compilers. Not for them the decadence of shape, organisation and thought. A certain Frenchman was inspired by this team, and it showed in his style. As Al says: “When you google Eric Cantona, is it to watch his implausibly delicate and perceptive pass to Denis Irwin or is it to note a withdrawn role confusing traditional English centre-backs?” Who cares that it was in no small measure his ability to exploit a congenital weakness in English teams of the age that enabled him to unfurl his Cantonaness in all its Cantonaness and thus create the legend that still resonates to this day? It didn’t matter how the other team played, because he scored goals through emotion and pride and, I don’t know, magic or something—all things the working classes instinctively understand but which are beyond the grasp of intellectual middle-class wankers. 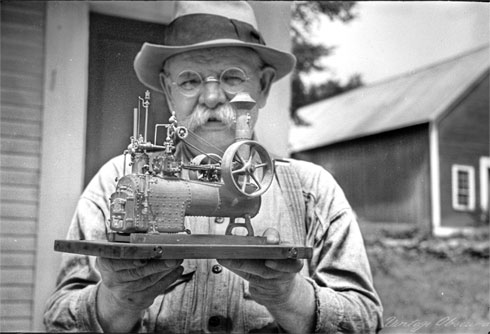 If Noel Gallagher has taught us “owt”, it’s that knowing stuff is poncey, public school, Damon Albarn crap. Working class people are authentic; we feel instead of think; when we’re not blubbing behind horse-drawn corteges, we’re blubbing at our team’s relegation, or blubbing at our team’s promotion, or blubbing along to “Stop Crying Your Heart Out” as it gushes through the PA system articulating the People’s Non-Specific Pain and Desire to Have Casual Sex Whilst Avoiding Stepping in Some Battered Plaice (in a Gutter, Probably) of a Friday Night. We kill time waiting for the next inspirational moment to provoke us into in a rapture of rutting and blubbing, blubbing and rutting, blutting and rubbing, by chanting our emotional chants and emitting cheeky plebeian witticisms. What else would you do at a football match? You can always tell who the soi-disant intellectuals are: they’re the ones actually watching the football.

The study of tactics for its own sake is pointless. Worse still: it is an act of snobbery. This is why the discussion of tactics must be handled only by experts who know that that sort of stuff only matters in so far as it relates to the personal journey of the manager (he’s the one on the sideline). Of course, this means that these experts themselves would have to think deeply about tactics in a more general sense in order to know when more specific examples are relevant enough for we cave-dwellers to be aware of, and as we’ve already established, this would make them toffee-nosed twats fit only for saying things like “Gosh, Jeremy, I’ve spilled Pimm’s all over my Opta printouts”. It’s a puzzler. But I’m too busy perusing my favourite website dedicated to facially hirsute ’80s footballers and the exposed breasts of people who went out with footballers when they weren’t yet famous, Taches ’n’ Tits, to care.

My old pa is dead now, but I like to think he looks down on me and Mucus as we don our replica shirts in front of the telly and have a good old-fashioned row over whether we should watch Sky or ESPN, and I bet he chuckles to himself and says “You show ’em, lads!” And even though neither he, I nor Mucus are or were Liverpool fans (all other teams being complete scum) I shall continue to live by the motto which is today famously inscribed on the Shankly Gates:

Of course, I didn’t express it quite like that, because I didn’t have Mucus’s Oxford Children’s Dictionary to hand at the time.

Of course, in writing this paragraph, I had to stop a passing intellectual middle-class wanker to translate my underclass grunts into something resembling written language.

Of course, I didn’t write a single word of this piece, not being Hugh McIlvanney, nor having been to university—or if I have, one that at best is a former community college or polytechnic.