In classical literature the anti-hero is an evil misfit. In cinema he is a violent loose cannon. Yet we perpetually root for the bastard. From Milton’s Satan in Paradise Lost to Schwarzenegger as the profoundly conflicted Terminator, cheering on the bad guy has never felt so delightful. And in football the anti-hero is Eric Cantona. The controversial Frenchman has just landed the job of Director of Soccer at New York Cosmos, but as far as I can see, America is blissfully unaware of Cantona—the footballing assassin sent from the past to wreak havoc on the Land of the Free. Let me explain: I’m an Englishman marooned in Hollywood, so it’s now my raison d’être to think of football as a beautiful narrative rather than a beautiful game. And Monsieur Cantona is an anti-hero straight from Central Casting. 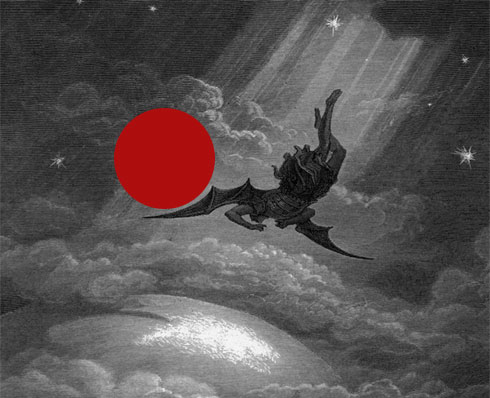 Quick peek at the SparkNotes. Modern theory defines the anti-hero’s common attributes as: being a loner, having flashbacks relating to a dark, troubled past, and wearing lots of black. And he will not hesitate to destroy anyone who threatens him. And so to Eric, whose youth career was interrupted by a grueling spell in the French Army. Signing for Auxerre, in a January 1989 game against Torpedo Moscow he ripped off and threw away his shirt, then kicked the ball at supporters after being substituted. Did I mention this was in a friendly? Soon, Eric was also banned from international matches after insulting the national coach… live on TV. At Montpellier, he was involved in a fight that saw him throw his boots into teammate Jean-Claude Lemoult’s face. So that’s the dark and troubled past. Then, in 1994, he pulled on the ominous, all-black Manchester United away strip, and did something that changed football forever.

“To do aught good never will be our task/ But ever to do ill our sole delight.” —Satan, Paradise Lost

Before we get to that moment, though, let’s segue back to Paradise Lost. Although Milton’s ancient tome is about the Fall of Man, Satan is openly the secular hero: a more beguiling force than God himself, sexier than Adam, more dazzling that the angels. It was rather controversial, more than three centuries ago, to hand Satan the lead role, but it did a powerful thing: Milton allowed the reader to identify with the devil. And doesn’t it feel good to cheer on the ‘bad guy’? I’ve seen grainy footage of Eric Cantona that you can’t find on YouTube. It features one of Eric’s earliest red cards, and my personal favorite. Marvelously, Cantona commits a biblically bad foul, but storms off the pitch before the referee can even produce the red card. Marching away, shirtless, Cantona hilariously ignores the feeble referee chasing after him. It makes me want to applaud. Milton’s Satan is similarly arrogant, and shares that latent desire for glory, yet a taste for violence and destruction: “And with ambitious aim against the throne and monarchy of God / Raised impious war in Heaven and battle proud / With vain attempt.”

And it is this vanity that separates Satan/Cantona from the equally violent Gattuso. After all, Gattuso has the rap sheet: He bitch-slapped Beckham, love-tapped Lippi, went mental on an Italian hidden-camera prank show, and last week he even head-butted Joe Jordan. But we don’t cheer on Gattuso, that pantomime villain. And as Graeme Souness pointed out, Gatusso is “not the best of players.” Contrarily, it was easy to love Eric Cantona, for he was also a genius. He marauded through defenders like they were wasting his time. Against Sunderland in 1996, he danced past three players, then deftly floated the ball over a stranded goalkeeper with such precision, such sheer fucking perfection, that he had time to stand back and simply admire his ball as it flew goalwards. Eric’s celebration after the Sunderland ‘moment’, was simply to turn to the audience as a conductor does—to address at all four corners of the theatre, as if to say: “Yes. I just did that.” You will recognize the look as the same one the Terminator wears, like a mask of perpetual badass-ness. 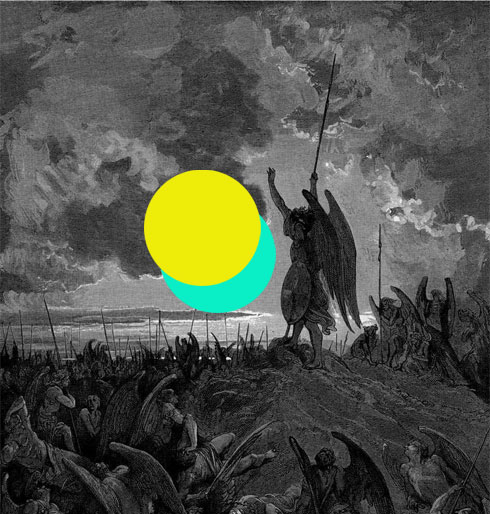 I watch that Sunderland video today and it makes every single hair on my body stand up. Cantona had a simply profoud effect on my life as a football-mad kid in the 1990s. If the Spanish play to the tika-taka beat of a juggling toy, Cantona played to the sound of a violin concerto. He actually made defenders look like retarded dogs, staggering after their tails. So I showed the Sunderland YouTube video to my American colleague, Peter, 22. A New Englander and Liverpool FC obsessive, Peter can tell you the transfer prices to the nearest pound of every current Liverpool player, and blogs extensively on the English game. Yet impossibly he said to me recently, “Who is this Can-TOE-nuh”?

His name, I explained, like an angry mother addressing a misbehaving child, was pronounced “CAN-ton-ar!” I thought Peter was just too young to know of Eric, (or even the Terminator, probably, bless ‘im). But later, as I drove across Los Angeles, towards a ‘soccer’ match with my seven-a-side team, Gus, 34, a former Arizona State Quarterback, confessed that he too had never heard of Cantona! A Scotsman on the team, Gavin, simply leaned forward from the back seat, and said: “He kicked a fan in the face.” 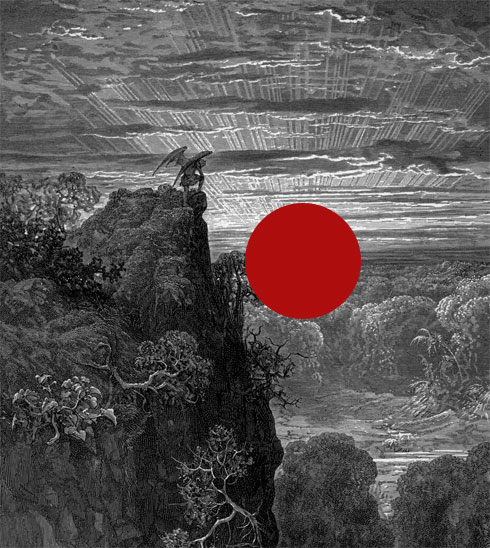 And so to January 25, 1995, and Crystal Palace vs Eric’s Manchester United. It was a bitterly cold night in South London, and EC had just been shown the red card, yet again, for a routine horror-challenge on Richard Shaw. But as the Frenchman sulked off towards the tunnel, Cantona’s interest was piqued by a Crystal Palace supporter named Matthew Simmons, a particularly verminous specimen from Croydon. Eric was told a few home truths about his Mother, by Simmons, and dressed all in black, Cantona had his greatest moment. He jumped into the crowd, catching the thug fresh in the kisser with a violent kung-foo kick. A Kung. Foo. Kick. Eric followed up with a right hook, before being led away by Peter Schmeichel, as the crowd screamed and booed and hissed. The scene was of Pandemonium, in the truly Miltonian sense of the word: Selhurst Park had become the capital city of Hell.

Eric was completely unrepentant, giving a press conference during which his only take on events was this: “When the seagulls follow the trawler, it’s because they think sardines will be thrown into the sea.” Oh yes, the anti-hero is often misunderstood by society, and like the Arch-Fiend in Paradise Lost, Cantona was poetic and persuasive. And that’s the joy of the anti-hero. They don’t even know they’re bad. How can they, when even the audience is cheering them on? In booting Simmons, Eric was sticking one on the school bully, the racist, and the hooligan we all fear. Like Batman, another classic anti-hero, Cantona had taken the law into his own hands. He is unrepentant even today: “You have to allow yourself to lose control from time to time,” he has said, before eulogizing his career on this nugget: “I have a lot of good moments, but the one I prefer is when I kicked the hooligan.” It was, after all, the most famous kick of his career.

Most memorably, it was also a be-swooshed boot that he wore to kick the fan in the face. Nike was the long-suffering sponsor of Eric Cantona, and on that fateful day he had re-appropriated their slogan, “Just Do It”, in the worst possible way. Instead of ditching him, Nike quickly hired Eric to play himself in an epic television commercial. As the captain of a team of Nike’s top endorsees, Eric did battle with evil gargoyles on a pitch set in Dante’s Inferno. Life was imitating sport imitating art, and there was only one role for Cantona.

“And on that day, a dark warrior rose to the earth, to destroy the beautiful game.” —Nike commercial, “Good vs Evil”, 1996

Set in a Greek amphitheatre no-less, the climax of what I believe to be the best two minutes of advertising of all time saw Eric as the ultimate anti-hero. He chested the ball down in front of the goalkeeper, who was a bat-like Beelzebub, flicked his collar to attention, and destroyed the king of beasts without hesitation, before deadpanning what would forever become his catchphrase: “Au Revoir.”

“Au Revoir” [good-bye, until we meet again], channels the Terminator’s threatening declaration, “I’ll be back”—so damned obvious it was delicious. And Cantona did come back, swerving a prison sentence for common assault in lieu of community service for his kung fu kick. In the 1996 FA Cup Final against Liverpool, Eric scored the winning goal. He became the first player from outside the British Isles to lift the FA Cup as captain. James Joyce once wrote: “A man of genius makes no mistakes. His errors are volitional and are the portals of discovery.” Satan didn’t have the power to destroy God, and Cantona, despite his best efforts, didn’t destroy the beautiful game. But today, Eric Cantona is ‘back’ once again, he is in New York, and he is being very quiet. Almost…too quiet.

Jeff Maysh is a British journalist based in Los Angeles. He supports Tottenham Hotspur and is the author of two books on the club. Find him on the web at www.jeffmaysh.com.