How can I persuade you that Franz Beckenbauer is the greatest player of all time? I could begin with his defensive abilities. As Rob Smyth has written, “when his side were 1-0 down in the World Cup final of 1974 and he was the only man defending against Johan Cruyff and Johnny Rep, he ran gently along in 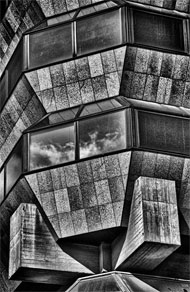 front of them like a man leading a morning jog.” Few would argue that he is anything less than one of the great defenders of all time, though. Dwelling on it is unlikely to convert anyone.

Perhaps I should focus on his offensive abilities, almost peerless for a central defender. Look at his astonishing speed in countless runs from deep for Germany and Bayern, or his goal against England in 1970, where, as Brian once described seeing with Pelé, he drops his shoulder, shifts his body, and suddenly frees himself from the defender. And this does not include his years as a midfielder, when he finished third in scoring at the 1966 World Cup from a non-striker position, and when, as Scott Murray put it, he was “not so much evading challenges as ignoring them.” Yet no one would say he was as good a finisher as Pelé, and so here I do not find my answer.

Should I look at his tactical influence? The Dutch may have invented total football, but Beckenbauer invented a position, the attacking libero, almost by himself. Such is the range of skill required for the role that few have been able to play even its less brave cousin, the ball-playing center back. Perhaps he was lucky, though, to play when the libero was still tactically viable. The search must continue.

Finally, then, maybe I should focus on his trophies. People like to talk about Ajax’s three European Cup titles as a high-water mark for totaalvoetbal, but too often people forget that Beckenbauer’s Bayern immediately followed that run with a three-peat of their own. And his five Bundesliga titles certainly are nothing to laugh at, especially considering Maradona only ever won three club league titles. At the international level, no team in Beckenbauer’s twelve-year run had a better tournament record than West Germany, who finished lower than third in only one of the six world and confederation competitions Beckenbauer played in (Euro 1968). Still, you could argue that Beckenbauer was fortunate to be part of a golden generation of German players. The popular account of the ’74 World Cup final would suggest otherwise, but nevertheless, I will admit, once again, that the question remains unanswered.

But even without those objections, the preceding points would fall short, for they only describe parts of the larger player. And reducing Der Kaiser to his individual facets a ignores where his greatness truly lies: in his utter completeness. Cruyff, Maradona, di Stefano, Pelé and Messi were (or are) all superb attackers, inventive tricksters, brilliant tacticians, and (at least at their peaks) physical specimens; we venerate them because we love to see the ball go in the back of the net, because we love the rush and the excitement of the feint and the tiki taka and the goal. But if football were only about offense, we could content ourselves with Sportscenter highlight reels. There is more to this game than attack. Football is a finely balanced game: compared to most other sports, its rules have changed little since they were first written down. That balance, and varying interpretations of it, and its endless possible outcomes are what make soccer so multi-layered, so rich in stories to tell. The greatest player should encompass football at its best: not merely as goals, but as a 22-person ballet, spanning the full range of the game. That player is Franz Beckenbauer.

James Downie is a reporter-researcher at The New Republic.