I haven’t read, or even seen, Hunter Davies’s Postcards from the Edge of Football, but I love looking at old football postcards. I like the thought that underneath all the large public channels of media and culture, the world is being crisscrossed with these incidental private images of the game, carrying greetings, questions, and experiences from one person to another. 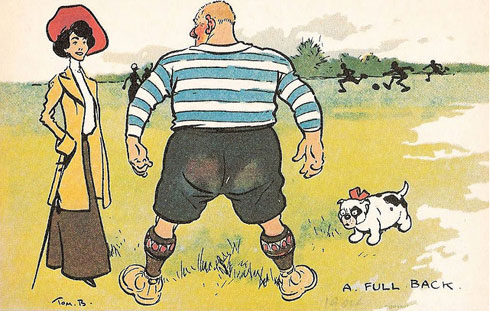 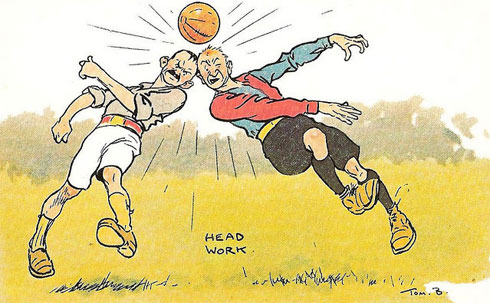 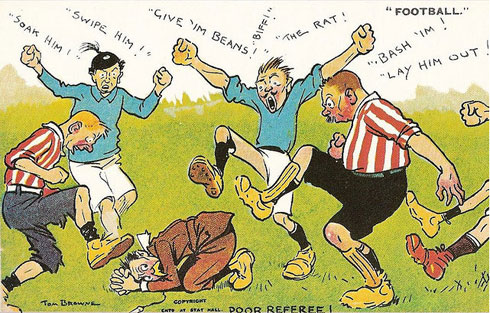 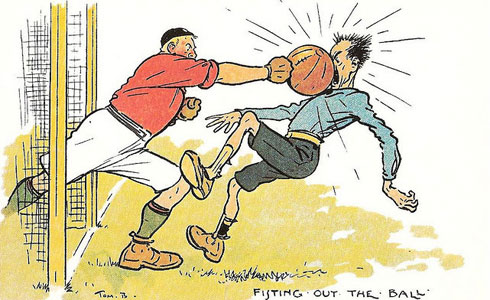 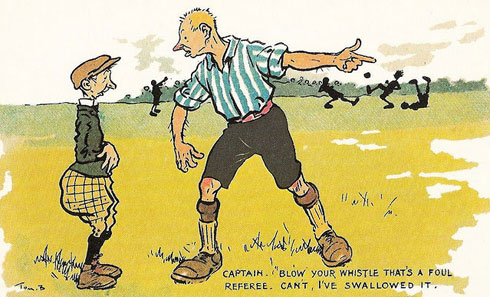 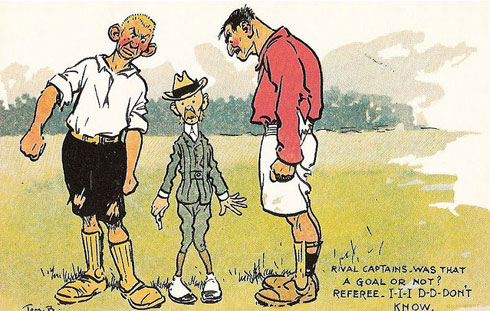 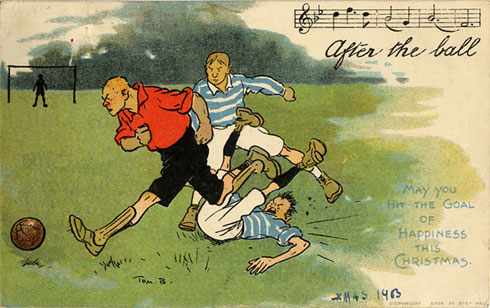 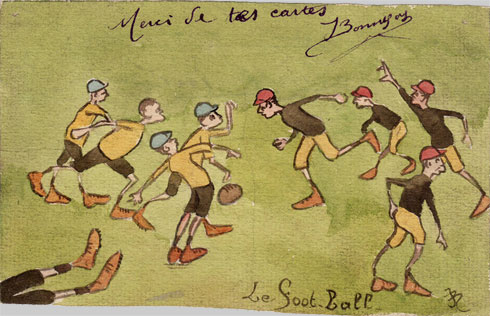 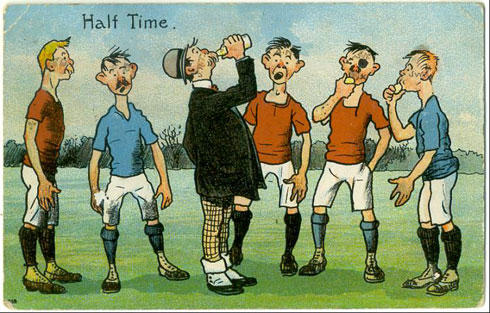 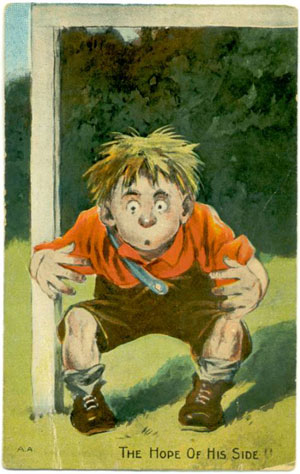 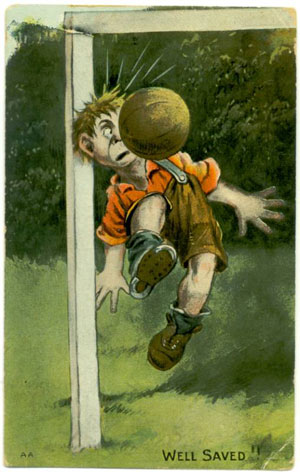 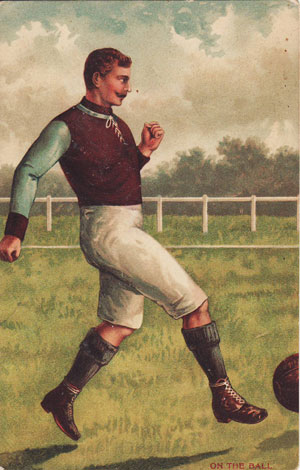 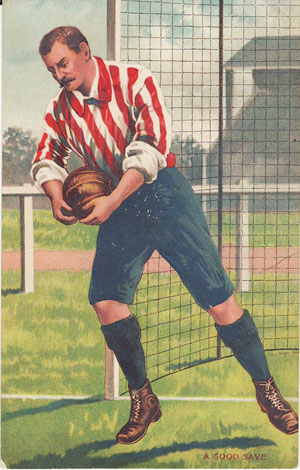 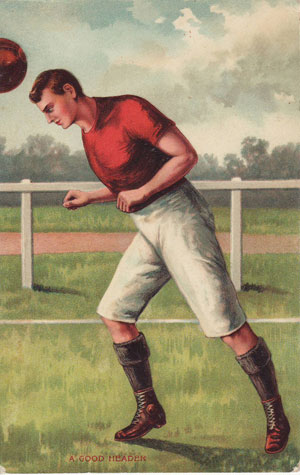 The crowd at Exeter-Bristol City, 1917 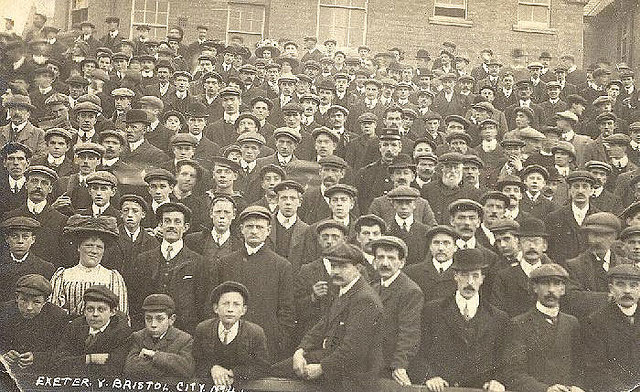 Dutch football, 1918. The giant mustachioed man in the center appears not to notice the smaller man fouling him. 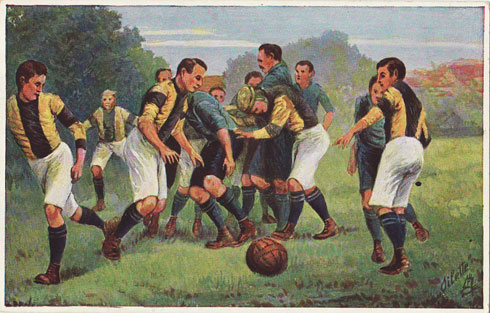 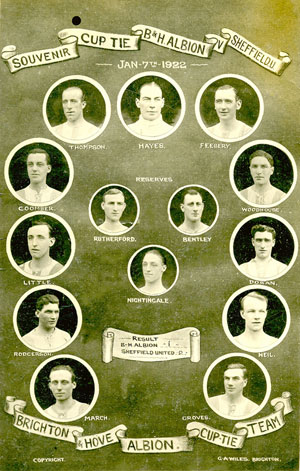 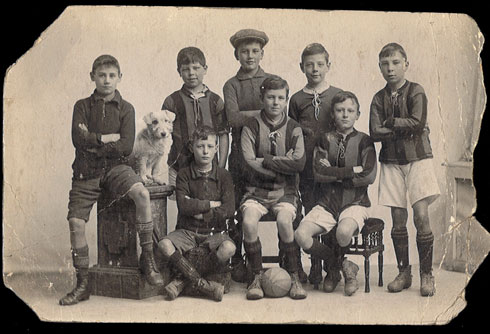 The reverse side reads: “D. Jimmy – I’m sure this is you, because of the striped breeches. What ever have you been doing? Have you still a lot of work to do? Ask Alice to put some patches on your jersey before I come and see you again. Cecil.” 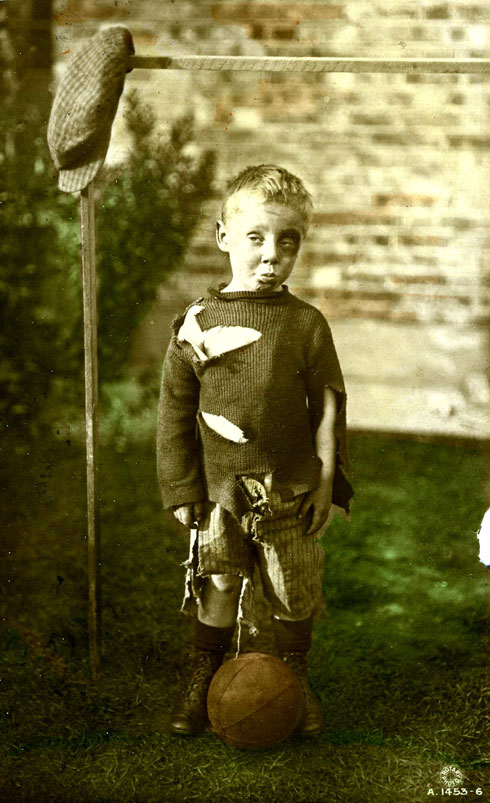