“Freedom is nothing but a chance to be better.” —Albert Camus

It’s easy and facile to suggest that morality has no place in football, that ultimately only results count, that money talks louder than ethics, and that fans don’t care anyway. The furore over the hiring of Marlon King by Coventry City aside, it’s obvious that morality, both of the general type and of a more specific version relating to football, is at the heart of most interesting discussions about football. Fans care passionately about the nebulous quality “fairness” 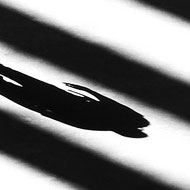 , about the “right” way to play, and even to which values their club should aspire. Almost everything that makes people angry and passionate about football is to do with some kind of morality. It’s just that they rarely care about what two (or three) consenting adults get up to in a hotel room (allegedly).

However, the problem for morality in football is that it often does run up against the practical side of football. Chelsea and Manchester City fans have fairly quickly swallowed any ethical reservations they might have had about their new owners, and the anti-Glazer protests only gained traction when Man Utd had a little less money to spend and were a little less dominant in the Premier League. In that sense, it ought not to be surprising that Aidy Boothroyd would consider signing Marlon King, who is a capable Championship-level striker with lowered wage expectations, available on a free. In any other situation, Boothroyd would be mad not to sign King. However, King’s only available for free because he’s recently been released from an 18-month prison sentence for actual bodily harm and sexual assault. Understandably, the move has been controversial, but really, we ought to question why we think it is immoral for a football club to help someone to rehabilitate and consider whether this really ought to throw up any moral quandaries for Coventy City fans.

I was going to open this by saying that I’d be the one to defend Marlon King. Then I realised that I didn’t want to do that. There is no doubt in my mind that Marlon King is a nasty piece of work. Let me be clear about this. In spite of that, I feel the need to defend his right to work having completed his prison sentence. As such, this will be a defence not of King, but of the man who hired him—Aidy Boothroyd.

King, like all people, has the right to a second chance. The problem is that this isn’t King’s second chance, or even his third. He now has fourteen separate convictions, including for drink driving, receiving stolen goods, and two counts of assault, also against women. Some people therefore argue that King has no place in football, that no manager should think of hiring anyone with such a list of crimes to his name, that he has had his chances and thrown them away. To respond in this way, however, is to make a mockery of the British justice system and the idea of rehabilitation that is central to all modern justice systems. To oppose King’s return to work as a footballer is to require oneself to assume a position of hypocrisy.

That is to say: The issue brings into conflict our gut moral reactions and our rational system of morality. Our intuition tells us that Marlon King is a Bad Man (see above) and that he ought to be banished from football, and in particular from the clubs we love. However, the systems of morality and justice that we profess to adhere to suggest that what we feel is right may come into conflict with what is actually right. To wit, we think that “prison works,” that it prevents people from re-offending, and that the process of justice turns criminals into law abiding citizens. Except in extreme cases, we do not say that people are beyond rehabilitation and we claim that they can become full members of the community once they have served their sentence—that we can prevent them from re-offending. One part of being a full member of the community and being rehabilitated is having a job.

Obviously, this is all theoretically what we want to happen and does not reflect the full flavour of reality. Despite that, we ought still to ask why Marlon King ought to be treated differently to anyone else leaving prison, why we shouldn’t focus want him to get a job to help him to rehabilitate. There are some half-hearted objections—namely that people like doctors and teachers need criminal background checks, but these professions are ring-fenced for good, and obvious, reasons (don’t let sex offenders have positions of power etc.). Football, in all truth, is not like that—unless Marlon King is put in charge of the Coventry City Ladies team or employed as a club ambassador to kids, he is not really being put in a position of responsibility or power. The other objection is that King sets a bad example to children who might make him their role model. First, at the risk of being glib, Marlon King is unlikely to be a hero even for Coventry City-supporting children. Secondly, we have to accept that adults cannot control who children choose as their heroes and that children do not blindly follow their heroes in everything they do. If that were the case, we would have some real problems.

At heart, however, our objection to King lies in our desire to see him punished, or at least, to see him fail. It offends our intuitive sense of justice to see someone return to a life of comfort after committing a violent crime. We are unable to square King’s success and apparent happiness with our intuitive sense that Bad Men ought not to succeed. Moreover, while we might feel generally that many people receive sentences that are not proportionate to their crime (many sex offenders) and many are able to return to lives of comfort (many white-collar criminals), we pick out King because he is famous and visible. King is very much a scapegoat for our frustrations with a justice system that might be just, but does not provide us with true catharsis. We want all criminals to suffer forever, but that is neither practical nor logical. We cannot lock people up permanently for relatively minor offences, and we also ought to remember that the man who leaves prison is often very different to the man who entered, that having committed a crime once does not make one a criminal forever.

King is certainly no angel, but if we are to remain true to our principles, we ought to treat him no differently to any other ex-criminal and that means preventing him from re-offending. Here one might suggest that King’s position as a highly paid and (to an extent) venerated footballer led him into his crimes by giving him an inflated sense of privilege, making him arrogant. One could argue that removing King from this job might cure him of his superiority complex and make him a more rounded human being.

Leaving aside the fact that King committed a number of his crimes before becoming a professional footballer, we ought to ask if depriving a man of his dream career will really help to rehabilitate him. While King might benefit from being forced to eat humble pie and work as a regular person, he might as easily become deeply embittered, sink into debt, and suffer family problems as his salary no longer matches his expectations. Seeing as none of us can know how King would react, we must leave it to him to decide and hope that what pleases him psychologically is more likely to keep him from re-offending.

Even so, can Coventry fans feel genuinely pleased about signing King? The problem is that although it may be generally right for King to return to football, it is not incumbent on any one club to employ him. Few people are likely to want King playing for their club, just as few people would want to work with a sex offender, even if they were fully rehabilitated and were now nice, responsible members of society. Again, this is only a moral intuition, something that make us feel uncomfortable. It is not wrong for Coventry to sign King nor for fans to be pleased that they have a good striker. Aidy Boothroyd has most likely performed a social service by giving King a job, but has done so simply by following the logic of football—he needs a striker. Boothroyd’s decision (and the overall action of King coming to Coventry) was in this sense non-moral (as opposed to amoral), as it was a business transaction that was facilitated by the morality of society.

Moreover, Coventry fans ought, in reality, to be able to distinguish between the man and the football player, and know that liking and endorsing one does not mean liking or endorsing the other. While many seem to think that cheering a Marlon King goal is morally abhorrent because of his criminality, that opinion doesn’t hold up to scrutiny. It is perfectly possible to hold the opinions that Chinatown is a brilliant film and that Roman Polanksi is a child molester who ought to have been punished without contradiction. Although the same man did the both acts, the acts are not the same, neither were the intentions and nor were the results. Similarly, with King, we can easily hold the opinion that he is a good footballer, which we can be pleased about, and a bad man, which we are not.

Despite this, there would probably still be some lingering distaste about having King play for your club, and that’s probably right. It’s because we feel that our clubs do in some way represent us and our community. Therefore, accepting Marlon King into our community and seeing him represent it in some way understandably feels wrong. To repeat, however, that’s only if Coventry fans cannot distinguish between the man and the player, and cannot express their separation. In short, it’s right for King to be allowed to play, OK for Coventry fans to celebrate his goals and dislike him, and more than OK for everyone else to hate him.

Shane Murray is a freelance journalist. He can be found playing football in small Warwickshire villages.

This sentence, I’ll admit, is particularly hard to stomach.

When he’s fit, of course.