How to Win the World Cup 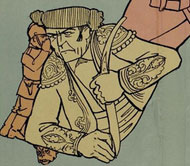 Here’s how: Win the World Cup final. If you think that’s a simplification, please browse this more extensive version: 1) Qualify for the World Cup; 2) Successfully reach the World Cup final; 3) Win it. Everyone with a calculator is busy reverse-engineering reality to come up with the formula that explains what it really takes—you know, once you peel away the thin scrim of data represented by an actual game and take a Freakonomic, Don DeLilloish look into the depths behind it. But winning the game is what it really takes. Correlation does not imply causation, and soccer is historical rather than transcendental, and as long as those things are true, none of these formulas can be anything more than a suggestive tour of the past, even if they always seem to market themselves as the key to all mythologies. It’s frustrating.

The occasion for this tirade is the Atlantic‘s publication yesterday of “What It Takes to Win the World Cup,” by Henry D. Fetter, which opens with the following bit of pith:

What does it take to win the World Cup? Past results suggest that going through a period of dictatorial government is almost a sine qua non for a nation to be a champion.

I haven’t read Henry D. Fetter’s baseball stuff, and for all I know he’s a smart and reasonable writer. But this is just inane. His argument is that most (not even all!) of the seven nations that have won the World Cup were governed by a dictator at some point during the 80 years since the first World Cup, therefore the Netherlands, which is the only current quarterfinalist that doesn’t meet that condition, is “very much 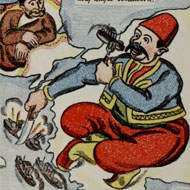 an outlier if the Dutch hope to come out on top at last.”

Leaving aside the fact that this is a weird, weird way to frame Holland’s chances when it’s also the case that they look noticeably worse at soccer than their next opponent, as a statistical proposition, it’s just absurdly arbitrary. Six of the seven past World Cup winners were governed by dictators in the last 80 years, England being the exception. That means around 86% of World Cup winners have had dictators during the World Cup’s eight-decade run. Fine. But that number is only interesting if it’s significantly higher than the percentage of all competing countries to have had dictators during the same period; otherwise it’s just an artifact of the historical reality that most countries have had dictators in the last 80 years. By my count, in the current World Cup, 25 of the 32 countries have undergone periods of dictatorship since 1930. That’s 78%, and that number treats South Africa, despite apartheid and everything else, as a consistent democracy. The percentage of all countries on earth to have had dictators in the last 80 years is surely even higher than that. Draw your own conclusions about whether 86% is a meaningful number.

Again, correlation doesn’t imply causation; the fact that two things occurred simultaneously doesn’t prove that one caused the other without a mechanism to demonstrate the cause. Fetter gestures toward such a mechanism—“soccer prowess proved a national morale builder for the dictatorships of the last century”—but while it holds up in some specific cases (Mussolini, et. al.), as a general theory it’s just silly, especially considering that, as Fetter himself points out, most of the World Cup-winning countries that have had dictators since 1930 weren’t actually dictatorships at the time when they lifted the trophy. Are we really supposed to believe that the fact that “Vichy France actively promoted athletics as part of its recipe for national rejuvenation” was the driving power behind the French team that won the World Cup in 1998?

In fact, you could look at Fetter’s numbers from a slightly different angle and argue that dictatorships actually impede World Cup success. After all, there have been 18 previous World Cups, and only four winning teams—Italy in 1934 and 1938, Brazil in 1970, and Argentina in 1978—have come from countries that then had authoritarian governments. That means 78% of World Cups have been won by non-dictatorships. Why is that not the relevant number?

Well, enough debunking. Fetter’s goofy argument is ultimately just a simpler variant of the Kuper/Szymanski-style socioeconomic formulas that have been boinging around throughout the tournament. Most of these are actually more insidious, because they take more into account and thus look like more persuasive explanations when really they’re just more complex demonstrations of correlation. You want to say that money is the secret behind soccer success, so you break down international games by GDP and find that, yeah, it matches up fairly well. But it doesn’t work as a theory, because China is terrible at soccer and the US is only okay at it. So you invent a variable called “tradition” and add it into the formula, which helps (now Brazil’s looking really strong), but you’re still left struggling to explain why, say, England doesn’t do better. So you add in population size, and on and on and on. Eventually, you have a delicately balanced curl of math that correctly reproduces the results of most recent matches (even if it accidentally predicts that Serbia will reach the current World Cup final). So you go to a publisher, but no one wants to buy a book about how GDP is covariable with national-team success 40% of the time, or whatever; they want a book that claims to have Uncovered the Secrets of Soccer© Using Funky Mathematical Techniques™. And so you’re led into making grand claims for the predictive power of research that really only demonstrates correlation. And there’s enough data swirling around a complex event like the World Cup that you could get the same results by collating fishing exports, number of historic churches, and percentage of authors whose names include a tilde. Or instances of a particular brain parasite. Or any carefully calibrated set of random figures.

That might be taking skepticism too far—I don’t really mean to suggest that GDP plays no role in a country’s soccer success. But even here, the conditions under which good soccer is likely to flourish vary over time, because soccer isn’t an unchangeable abstract but a historical phenomenon that’s influenced on some level by every factor in the world. Whatever role GDP plays now, or ex-dictators, it’s almost certainly not the same as it was 80 years ago. The only condition that’s both sufficient and universal is that you have to win the match.

How to Win the World Cup