As Yet Within That House 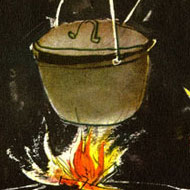 One of the hard things about forming an outlook on the World Cup is that when an event gets this much attention, the flow of commentary is so fast and broad that every possible angle is exhausted and trivial positions develop a kind of insubstantial politics. Conventional wisdom starts to seem like an ideology, and if you’re not careful, your own feelings about what happens will be dictated by where you want to stand in relation to that ideology rather than by what you actually think. There’s a pundit position, a cognoscenti backlash, an uber-cognoscenti counter-backlash, and so on till after midnight. Your heart and the stadium get farther and farther apart.

Case in point: two opinions that put you on roughly the same line of anti-pundit knowingness would be “the first round of games was actually great” and “Switzerland weren’t that exciting yesterday; Spain were just terrible.” Maybe you really feel those things, or have numbers to back them up. But in most cases, I’d guess that the attraction of these stances has a lot to do with the fact that they put some space between you and the thousand-mile pandemonium of cliches blasting out of 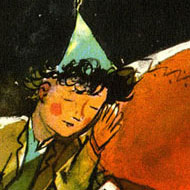 the TV studios and the pages of your favorite newspaper. It’s not only that they make you sound like you know what you’re talking about, although there’s no discounting the lure of savvy disaffectedness. They also just turn down the volume.

You can’t live like that, though, or all you’re ever doing is retreating. It’s a losing battle, but I’m trying to stay as close to the stadium as I can from eight thousand miles, twelve open Firefox tabs, and an awareness of the existence of Alan Shearer away. And from where I’m sitting, the first games were pretty dire. And Switzerland, to whatever extent this matters, saved the tournament between last night and the hat trick Messi gave Higuain this morning.

Watching these games has gotten me thinking about what we’re actually looking for when we turn on a soccer match. A 0-0 draw can be a beautiful apocalypse, but only if conditions are right. We’re accustomed to associating goals with pleasure because, honestly, it’s never boring to watch somebody score, and ten straight shatteringly brilliant 0-0 draws would leave you weeping at the futility no matter how much you appreciated every last display of well-tooled organization. This is a game of anticipation and release, and it has to come down to more than watching

sound tactics chalk each other out, or else it’s just calculators, and “interesting.” I’m probably too hopped up on the mysticism of this stuff for my own good, but I want elevation; the best route to that is probably what’s usually called “good football,” but I’ll take players scrambling to overcome their own shortcomings or improvising on a dime in a heartbeat over a game of exact adjustments and no drama. I hate the “stats have no place in this game because it’s all about heart” line as much as anyone, but there we are.

In this tournament, we’ve been treated to hourly updates on what makes soccer wrong for the American psyche—our games make sense, yours don’t, or our games are virtuous, yours mean giving up on life and hating Israel—so this is weary ground, and fatally simplistic, probably. But it occurs to me that the thrills in American sports are almost always retrospective: something amazing happens, you process it, and then you experience disbelief and pleasure over the fact that it really took place. Or anyway, there are enough retrospective, this-really-happened thrills that the prospective thrills—a 50-yard-pass sailing toward a wide receiver—are 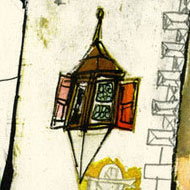 essentially invalidated if they don’t produce a result. There are very few American highlight films of brilliant moves that didn’t completely succeed.

In soccer (this is obvious, but whatever) the tension of the game is a rise-and-fall punctuated by a lot of thrills in prospect. You calm down a little when the ball is around the center line, sit forward a little whenever it’s in the area, gasp whenever somebody takes a shot. If it was a good shot, it stays exciting, even if it doesn’t lead to a goal. Actual goals then become massive thrills-in-retrospect, but the biggest sign that YouTube really isn’t destroying our ability to watch soccer is that highlight videos still regularly include missed shots, runs that end with the ball being lost, and so on. How thrilling thrills-in-prospect are is a matter of feel, as much as anything; there might be ways to quantify it, but I’m not convinced that they would comprehend as many variables as our intuition deals with all the time. Again, that’s not to downplay the importance of understanding the routes and numbers, but on some level, you have to trust electricity and your own response.

The first round of games in the World Cup didn’t produce a lot of goals: fewer than ever, empirically. But they also didn’t produce a lot of terror or fire. With exceptions—Germany’s silk-spinning, Argentina’s weird, wayward probing—they largely just slid past. There were fewer chances, but there was also a scarcity of moments where the ball got warmer and the tension kept turning the screw. There weren’t a lot of thrills-in-prospect. Everything was just…interesting.

And that’s why, for me, Spain-Switzerland tore open the crust of the earth. If you’ve followed this site for any length of time, you know that as much as I venerate Barcelona and midfield playmakers and balls played to feet, I have a special place in my brain for inspired last-ditch defense. I enjoyed France-Scotland, as I might have mentioned. It’s true that neither team looked sensational yesterday, and Xavi was off, and Torres was tired, and Iniesta couldn’t hit a charging elephant, and the entire Switzerland team was scattered and rattled during the entire second half. But that was all secondary—what mattered at the time was that Spain were too good for Switzerland, kept the game pretty steadily at a high hum of thrill-in-prospect, and still went down to a Swiss team that caught a current of inspiration and won the war against its own mistakes.

It wasn’t “good football” from Spain (it was pretty close), but it was some kind of greatness from Switzerland, who had no business doing what they did and did it anyway. Fernandes’s goal was not a thing of beauty; it was a piece of pure chaos that seemed to defy the will of the universe and then, in the next instant, to fulfill it. The exhausted Swiss defenders closing down the ball again and again in the second half, the crazed blundering knockabout counters with Derdiyok, Spain’s patience, the sense that there was always too much time for them not to score, every shot Benaglio barely saved—it was real drama, and whether it means anything or not, whether anyone will even remember it after Argentina and Uruguay and Greece, much less the knockout rounds, it felt like salvation when it happened. If you are one month old, Switzerland is the most awesome team of your lifetime. Let’s hope more of this madness shines through once this World Cup turns on its lights.

As Yet Within That House