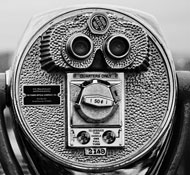 Kevin Durant is 6’9” and lanky, with a 7’4” wingspan. In a sport where length is all-important, Durant is as long as they come. Lionel Messi, 5’7” with a low center of gravity, is as nimble with the ball at his feet as anyone in the world. Durant has cited his mother and brother as his role models. Messi learned soccer from his father, a coach in Argentina when he was young. Both are modest, say all the right things to the media, and lead unflashy lives. Both seem to accept their success without being absorbed into it, using the love for their respective sports to keep them grounded. Messi has a reputation for shyness, while Durant, though soft-spoken, actively connects with his fans over Twitter. The two might not look it, but they’re very similar athletes, and you can learn a lot by looking at one through the lens of the other.

Durant grew up in Washington, DC, and has traveled the relatively standard (for future basketball superstars) route from AAU Basketball, to NCAA Basketball (for a mandatory year), to the NBA. You probably know Messi’s story, but here’s the Reader’s Digest version: at the age of eleven, his talent was apparent, but he was diagnosed with a growth-hormone deficiency. After seeing him play, FC Barcelona offered pay for his treatment if his family moved to Spain so that he could enroll in La Macia, the team’s renowned youth academy.

As Durant did with his AAU team, Messi grew up playing with the same teammates. Unlike Durant, Messi still plays with many of them on the Barcelona team that, in 2008-09, won every tournament it entered. A decade’s worth of stability at Barcelona has clearly helped Messi become who he is today. But to what degree has that stability also hurt him, removing his impetus to become more versatile by learning how to thrive in multiple styles? Is Lionel Messi currently stuck on the most stratospheric plateau in the history of sport?

At 21 and 22, respectively, Durant and Messi are both prodigies that dominate their sports. This year, Durant won the NBA scoring title and finished second in the MVP voting, while Messi won FIFA’s World Player of the Year award. In some ways, Durant is at the point Messi was a year and a half ago, when the Argentinean was a singular talent overshadowed only by the biggest name in his sport. In Messi’s case, it was Portugal’s Cristiano Ronaldo. In Durant’s case, it is LeBron James.

When you watch them play, similarities in both their in-game demeanor and style emerge. Both are fearless competitors, and when they’re playing, both carry themselves like poised veterans. Both are decisive when they attack. They don’t give defenses time to get set, and they take advantage of confusion to capitalize on angles and openings that only they see. Both do things that are technically difficult, yet both make those things look so obvious that they appear effortless and simple. Both look to exploit defenses that focus on them and both are unselfish, confident that they’re at their best when their teammates are as well.

Both play aggressively. Durant led the NBA in free throw attempts this year, and the amount of punishment Messi takes when he makes his runs is a constant point of contention in the Spanish media. On defense, both make up for what they lack in strength with tenacity and craftiness, frustrating whoever they’re facing off against by using the same offensive knowledge that makes them disruptive scorers to anticipate their opponents’ moves before they make them.

When they’re hot, they’re incandescent. Unstoppable. This year, Messi had a run of form so glorious that it lead Diego Maradona to say Messi was playing “kick about with Jesus.” This winter, Durant had a run of 29 games where he scored more than 25 points. The last player to top that streak was Michael Jordan, more than twenty years ago.

In success, they’re both humble. Gracious. But in defeat or, more accurately, in the process of losing, differences reveal themselves. When Durant isn’t making his shots, his game takes on the quality of a gearbox that’s had sand poured into it. The gears are still moving, but they’re grinding, scratching. Durant’s worst game of the season was also his team’s most important. Durant went 5 for 23 as his Oklahoma City Thunder were eliminated in the first round of the NBA playoffs by the LA Lakers. Despite his poor shooting night, Durant still managed to notch 26 points in defeat. The pistons are still pumping, but each revolution is strenuous.

When Messi is marked out of a game, he has the quality of something slowly dissipating in front of our eyes. When Maicon shadowed him in Barcelona’s Champions League tie with Inter, Messi’s evaporation was one of the primary reasons that Barcelona fell to the eventual champions. Unable to play off of his teammates in the way he’s used to, Messi couldn’t to create space for himself or for them. Instead of pouring sand into the gearbox, José Mourinho simply reached in and plucked out one of the vital gears. Barcelona’s engine stalled.

Due to the nature of American basketball, Durant has played on, at a minimum, seven different teams. On each team, at each level, Durant has shone uniquely, dazzling in ways that speak to the potential of all-time greatness regardless of that specific team’s particular strengths or weaknesses. No one is debating Messi’s potential for all-time greatness; we’re only debating whether he’s already achieved it.

Going into World Cup, Messi has more to lose than any other star in the world. He’s the consensus best player on earth, but if he fails to carry that form to South Africa, with a different team, style, coach, and system, then to what degree will we be forced to reevaluate him?

Messi’s performances for Argentina, whether they’re of quality or not, always feel jarring and always seem to invite criticism. And when they are of quality, they always seem to be accompanied by subtle yet very palpable elements of both surprise and relief.

Durant avoids comparisons to past greats because, as with LeBron James, no one is quite sure who to compare him to. He’s an evolutionary player. For Messi, Maradona’s shadow looms.

In South Africa this summer, Messi will be coached by to whom he’s always been compared. As manager of Argentina, Maradona has taken criticism for squad selection, for tactics (and for the lack thereof), for the troubles that the team had in qualifying, and for a perceived inability to deploy Messi to best effect. Heading into South Africa, questions remain as to how Maradona will use Messi, whether he will have the same creative freedom he does at Barcelona, and how he will fare in a different role, with less familiar players and tactics, if he doesn’t.

If Messi is the best player in the world, but only when he plays in Barcelona’s style, is it up to him to adjust to Argentina? Or is it up to Argentina to adjust to him? It’s not hard to imagine a similar free flowing short passing game in the sky blue and white, with Diego Milito or Gonzalo Higuain holding up play as Agüero, Tevez, and Messi make charges up the wings and cut into space on myriad different diagonals. But is that what we’ll see?

Max Ornstein is a freelance writer and editor in New York City. Email him at max.ornstein@gmail.com

The injury to Andres Iniesta was another. His absence allowed Inter to key in on Messi more than they could have if he was causing havoc on the opposite flank.