All the Men’s Kings 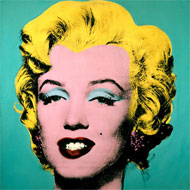 And so the 2010 Champions League Final raised its skinny arms up over its head, arched its little back, and dove into the waters of “a thing that happened,” where it slipped in without making a splash. I mean no bitterness toward the participants when I say that, unless you were an Inter fan or could name more than four players on Bayern’s team, this was not an event that sent you scurrying to your secret dictionary. Mourinho’s teams have a way of making their victories look tautological—they perform actions from which winning results, therefore they win—and this one was even more programmatically straightforward than most, a lot of patient defending combined with two inspired stabs from Milito. Bayern should have scored, but they didn’t, and therefore Inter performed the actions that ensured they never would. Mourinho keeps doing it, as Andy Gray twice purred. Code is poetry, except that it totally isn’t. 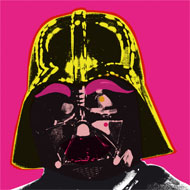 And now Mourinho is making all his speeches in Spanish, which only intensifies the already fairly astounding sense that the biggest match in European club football was just transformed into a kind of valedictory footnote to one manager’s triumphant career move. When someone publishes a new biography of Dostoevsky, all the reviews are really about The Brothers Karamazov, because critics want to do their big Dostoevsky essays but aren’t allowed to unless they have a new book to hook them on. The biography itself will be crisply dispatched with a line like “In his excellent new biography, Hendrick Lookstaff draws a vivid portrait of,” etc. In this game, Mourinho-to-Madrid was Dostoevsky’s collected works, and the match itself was “in his excellent new biography.”

There’s a weird phenomenon taking place with Mourinho right now—I mean with the experience of watching his teams play. Normally, flair in soccer is something that players display and that gives us pleasure, if we like that sort of thing, in the moment we see it exhibited. It’s Garrincha 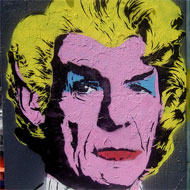 stagger-strutting past an entire defense and leaving ten broken bones in his wake; it’s Dennis Bergkamp sending himself, his man, and the ball into complex previsualized patterns, like a Calder mobile that could also beat you at checkers. Normally, this is not a “trope,” or some sort of advanced evaluation. We’re babies laughing at peek-a-boo. We see it, it thrills us, we cheer.

Now, someone will probably protest this (you look familiar, internet, have we met before), but “flair” is clearly not Mourinho’s preferred quality in constructing a squad. His teams aren’t passive rock, and they aren’t exactly boring, but they’re disciplined and powerful in a way that just about precludes flair’s transgressiveness. Flair inspires a joy that’s based on your brain lighting up with two contradictory signals, he can’t possibly get away with that and he is getting away with it. It means flouting probability, and Mourinho’s teams wouldn’t be the foolproof gambling systems they were if they encouraged flouting probability.

And yet. Mourinho himself, in his everyday public behavior, does cross lines and startle people. His press conferences are little left-hand etudes in he shouldn’t be getting away with that, but more often than not, he does. By the age-old rules of the media, he has to win all the time to avoid becoming a joke, and since he wins all the time, he becomes a Houdini of his own rhetoric, an absolutely compelling personality. Rooting for him feels like rooting for flair—a more complicated and troubling version of the exhilaration of rooting for it in a player, but a version of the same thing. As a result, his teams often feel more exciting than their play would normally make them; you see them as freewheeling and dangerous, even though what’s really happening is that they’re taking on the extraneous qualities of Mourinho’s media narrative. And because it’s only the replication of a media narrative that you’re perceiving, it’s really a kind of anti-flair. Rather than a spontaneous reaction to spontaneous brilliance, your response to it is a sort of judgment forced on the game from a parallel mental universe. It makes the game itself seem slightly unreal.

This past week, when Mourinho won the European Cup with a team he was openly intending to desert, was probably the apotheosis of this phenomenon. Whatever happens in Madrid, it’s hard to imagine the pure fact and being of Mourinho ever again overrunning a major championship to this degree. That makes this history, tautologically. If it’s greatness, I guess it’s greatness.

All the Men’s Kings