They had eaten, drunk, mingled, laughed, sung along to the chorus of “Palesteena,” linked arms and run around in circles, stopped, panted, and hurried to refill their champagne. They had clapped for the team, who entered as a body, looking uniformly ill at ease, and were swiftly forgotten by everybody. They had been asked to take their seats, and ignored the request, then told to take 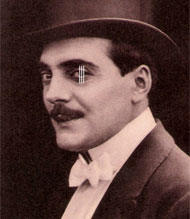 their seats, and ignored the command. They had watched two women in silks like iridescent beetles’ wings shriek and dance the Charleston on a table. Finally, as if by a signal passed down the room by instinct and the soft refulgence of the chandeliers, their laughter slowed to a ballad tempo, the dancers came to a stop, and the crowd’s attention settled on the dais. It was time for Beauclair’s speech.

He emerged to warm applause and basked in it for a moment, dabbing at his forehead with a nonchalant handkerchief, rocking on nonchalant feet. A conscious glow spread from his throat and transformed his sweating face, as if he were a badger or a member of some innocent woodland species who was suddenly embarrassed to hear himself talked about. He smiled, nonchalantly. He held up a hand and made a froglike purr.

“Gentlemen,” he said, “and ladies. I thank you. I thank you, gentlemen. I thank you for this extraordinary response. And ladies. In particular, gentlemen (and ladies), I wish to thank the members from Kelly Foundation Garments”—he gestured to a table of shrewd-looking and elderly men in Van Dyke beards and severe black tailcoats—“which, as we all know, gentlemen, or perhaps I ought to say ladies, is a concern which truly does credit to our industrial firmament, a gem, gentlemen, in the firmament of our…in the starry firmament of our…in the map of the constellations which our…well, of our je ne sais quoi, gentlemen, of our industrial je ne sais quoi. Ladies,” he said, gazing directly at the patricians from Kelly, “it has been some time since I trod amongst the precincts of the stage.”

Here he waggled one of his feet in a way that feebly suggested a dance step. Being greeted only with a confused and somehow affronted silence from the men in the Van Dykes, however, he giggled, dabbed at his forehead, and dipped into his jacket to retrieve his prepared remarks.

“Now, I say, gentlemen, that those of us who belong to one of these fierce tribes might as well belong to a different country from those who belong to the other. And indeed we might. For are not our strivings upon the valiant pitch of sport similar to those of two armies locked in the thunder and gloom of war? I have a record of athletic attainment myself, and I know that indeed they are. I picture Roosevelt, charging up the hill at San Juan. I picture Chamberlain, running with fixed bayonet to meet death at Little Round Top. I picture Grose, scoring Kelly’s third against the Ben W. Miller Hat Company of St. Louis. War, gentlemen. Our struggles are ferocious, our intentions are grim.” Beauclair fanned himself, and nodded at the crowd through narrowed eyes.

“And yet, gentlemen. Cannot two nations be allies? Cannot two nations also aspire to be friends? They can, yes. Yes. Provided that they have common interests, and provided they each can offer something the other lacks, then the answer is yes. Make no mistake. The yoke of war can be put away, gentleman. It can.

“And this is what I propose for our two ‘countries.’ We have a common interest: the promotion of the sport of soccer football throughout these United States. And as we prepare to embark on a tour, gentlemen, a tour of significant, and, dare I say, elephantine significance” (Beauclair did not often look in a thesaurus; though it happened at difficult moments) “we also have something that we each can offer the other. Kelly Foundation Garments can offer the quality, the skill, the…the elephantine excellence of the club that finished in second place in our American Soccer League season just ended.” (Beauclair found the thesaurus rather tedious to operate.) “They offer the skill of the needle and, to extend the metaphor, gentlemen, the flamboyant appeal of a really well-made foundation garment. Crowds who come to see them play on our tour will leave the arena of battle as fanatics for the sport of soccer football. I believe it.

“And as for our team, the upstarts of the league. Perhaps we cannot offer the…the…” (here he scowled at the page he was holding, as if he could not quite believe what it said) “the large history of triumph native to the halls of the Kellys. Though we are proud of our seventh-place finish. Be proud of it, boys!” He shook his finger at his players, while fiercely not looking in their direction. “I insist that you be proud of it! No; not in our first season. But we offer something else. Something that a plan such as ours cannot possibly do without. We offer notoriety, gentlemen. As a theatrical man, I can attest to the unparalleled importance of this. We offer a name that will bring the spectators to the show.

“Now, I believe you all know that my team is no longer associated in any material sense with the asylum for which it is named. All that was severed long ago. But the name, gentlemen. The name’s the thing, as the poet said. (I once heard the comical Floridian mezzo-soprano Renee Lautrec-Chardin sing the following lines, gentlemen:

You might be quite romantic,
And drown them all in pearls,
But you’ll need a name that’s famous
To get the pretty girls.

Quite right, I believe, quite right!) And, now see here, gentlemen. This is a painful subject, one not at all suggested by the shimmering vision conjured by the name of La Lautrec-Chardin. But notoriety cannot be wasted, however it is come by, gentlemen, a truth of the stage which I recognized as soon as the gentlemen from Kelly brought their fine idea to me. And our name has notoriety, gentlemen. You all know why.” Beauclair dipped into his jacket pocket again and withdrew a severely folded newspaper, which he unfolded and held up so that the crowd could see the towering headline that ran across page one.