What the Hell Is “Cheesesteak Distress”? 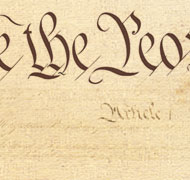 Bad times. Much badness, all. Too weak to add a footnote. I’ve got to make this Philly Union game, and…I’m not going to lie. I’m flagging. I am ill, completely. If there’s one thing I’ve learned from Ives, it’s that you’ve got to live your life to the fullest. But right now, for me, the big energy needle in the sky is sitting on “don’t move.” (Does that even makes sense? I’m picturing myself in a painting, and there’s a floating high-tech energy gauge superimposed over the sky, to express my condition.) Also, I am in the intensive care unit of a hospital.

How did I get here? Man, I wish I knew. All I remember after I put up my big “I’m in Philly!” post two days ago is hitting the town to breathe in some history and cheesesteaks. I drove out past the stadium, which is looking pretty good for an almost-finished construction project that I couldn’t get inside. Then I swung back toward the central ’delph, hit up Independence Hall (much love for you, Declaration of Independence), and…it all goes hazy. One minute I was looking at the Liberty Bell (pretty nice bell), the next minute I was at the Constitution Center (way too excited that it was once visited by Bono), and then, bzzap, I was waking up on an IV drip with a little clip attached to my finger to monitor the speed of my heart.

I guess…I guess the last thing I remember is…wait a minute…coming back to me…got it. I was sitting outside the Constitution Center writing up an email for the museum guys about maybe cooling it with the Bono fixation when it hit me that I’d been so busy catching up on 30 Rocks that I hadn’t eaten anything since my repatriation cheeseburger two days before. By the hammer of Thor, I thought to myself. Then I jumped to my feet (was actually pretty wobbly at that point, probably from starvation) and teetered off to find some “Philadelphia applesauce” (cheesesteaks).

I had a pretty solid recommendation on the best cheesesteak joint in town. Only trouble was, I’d left the piece of paper I jotted it down on back at the Courtyard by Marriott. I knew it was some guy’s name—Sally’s? Zero’s? Kendall’s? I ran through a bunch of clear Philadelphia names, but with no effect—but that was all. I wondered around downtown for a while, but I didn’t really know where to go, and I was too shaky to ask any of the many dudes in Flyers jerseys who were milling around outside the steps to walk-down bars. Finally, I saw a Subway, and I reluctantly concluded that it was the smart play. I mean, okay, Subway isn’t known for banging out classic-level Philadelphia cheesesteaks. But come on. They had the ingredients, and those traditions were in the blood of every single sandwich artist in that place. It might have been my dangerously low blood sugar talking, but I told myself that if I couldn’t get a decent Philadelphia cheesesteak at Subway, there was no point in even looking anywhere.

From the moment I set foot inside the Subway, my senses were assailed with clues that I was about to wind up in the hospital. The staggering yellow of the interior rained down blows of unnaturalness upon me, like the whole restaurant was really dark brown and they were bathing it in some sort of blacklight. The giant, suction-blue Pepsi fountain groaned and dripped like a piece of overworked mining equipment. A display near the cash register grabbed hold of my brain and reminded it that this was the only place in America where you could still buy Sun Chips. I shuddered and walked up to the spot indicated by the hanging cardboard “Order Here” sign.

Fortunately, there was an entire segment of the wall menu devoted to “The Big Philly Cheesesteak,” which was one of their “premium subs.” I ordered one and slid along the counter while this reedy guy with a sweaty upper lip added garnishes. I ate the thing in a rush, barely even taking time to sit down in the hard yellow booth with the cutout advertising “Jared’s Favorites.” I knew I needed more, so I ordered again, this time with Sun Chips and a Fanta. It’s okay, I said to myself. It’s not a deal-breaker. You’re just hungry, and you weren’t expecting the Constitution museum to be so hooked on Bono. Not a deal-breaker, ladies. Just eat. Eat and breathe. Breathe and eat.

You know how, when you’re in a no-tier place like Subway, you get this primal instinct kicking in that helps you ignore everything around you while still retaining a basic subconscious sense of when something is an emergency? Like, you tune out the crying kid, but the guy putting the wrong sauce on your pickle leaps out at you from thirty yards away. War survivors talk about something like this, and I figure we’ve all got a low-grade version of it that only snaps into place when we’re close to the bottom of our usual everyday lives. Anyway, I guess I had that going on, because through the fog of my cheesesteak consumption, I started feeling a kind of tug at the side of my awareness, and after a minute I noticed that there was a guy staring at me, like really obviously staring, a couple of booths down the line.

I tried not to notice, but I couldn’t help but catch his eye whenever I sipped my Fanta. He was this sort of plump, gruff old dude, a drinker from his eyes, with a bushy white beard and the sleeves of his moldy breast-cancer-awareness sweatshirt pushed up to reveal thick forearms. One had an anchor tattoo. He was leering.

I got up for a third foot-long, plus a refill on the Fanta, and when I turned back to go to my booth, the old guy had gotten out of his seat and started toward me, sort of weaving across the flecked easy-mop supermarket linoleum tile. “D’you know who I am,” he asked lushly.

“Get out of here, Claus,” the reedy kid behind the counter said.

“Hey. Hey. D’you. Know who I. Am,” the guy repeated. He’d buttonholed me, or at least was sort of plucking at the sleeve of my jacket while I tried not to spill my tray.

“Uh, no, I don’t know who you are,” I said. You know how impossible it is to know what to do in weird public situations. I kind of ducked aside, probably a little too emphatically, and went back to my table, where I downed a mouthful of Sun Chips in what I hoped was a nonchalant style.

“I’m fuckin’ Santa Claus,” the guy said, spinning around after me.

“Man, Daryl told you about buggin’ the customers!” the counter jockey squeaked.

“I’m fuckin’ Santa Claus! I am, and they booed me here in nine. In nine. In nineteen sixty-eight. They booed me.” He rocked and undulated, and little winks of moisture kept gleaming out of his smeary drunk-guy eyes. “These smiters fuckin’ booed me.”

“Um,” I countered, through the Sun Chips.

He took two sea-legs steps toward me, poked his finger right in my face, and said “BOOOOOOOOOO! BOOOOOOOOO! I boo you, now! BOOOOOOOOO!”

I’m telling you, it was just some booze nut in a Subway, but…woah. It felt strange, and huge. Like there was some sort of curse that went into me via his booings. I’m not saying he was the real Santa Claus, I mean, duh, but something was going on. He reeled himself out the door, where I heard him booing passers-by on the sidewalk. I reached for a handful of Sun Chips with a quivering hand.

And it was right around then, I guess, that I felt the terrible searing pain in my stomach. I looked blankly over at counter guy, and then the doom of Santa Claus came upon me and the entire world went black.

What the hell? It’s Monday? A nurse just came in here and told me that it’s Monday. I missed the Union game, and I lost two days in what she described as a “cheesesteak lassitude.” Apparently a doctor diagnosed me with “exacerbated cheesesteak distress,” caused by eating too many Subway cheesesteaks while my system was still adapted to Honduras. It’s all microbes and squiggles, I guess. From the sound of it, if you’re coming from Honduras, eating multiple cheesesteaks in succession is the single worst thing you can do, medically speaking.

The good news is that I get out of here tomorrow. The bad news is that Santa Claus booed me and I missed my soccer game. Rough play, and I left my iPod charger at the Courtyard by Marriott, so I don’t think I can even watch shows. (If you are going by there later, could you get it and bring it to me.) I want you to know that I’m not blaming Philadelphia for this. I could, but I’m not. Santa Claus is a transgeographical phenomenon. You can’t be responsible for him, even if you’re the one who pissed him off.

And that holds for America, too, not just Philadelphia. Still, though. I love you, but take it easy on a man, home of the brave. I was so excited to be back here, but at this rate, you’re going to have me eating vegetables.

What the Hell Is “Cheesesteak Distress”?