What Everyone Knows About Tottenham 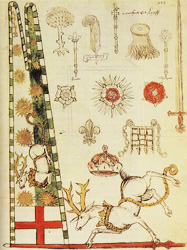 Taking a quick glance down the towering inferno of the Barclays Premier League table, I see clubs with crippling debts, clubs with feuding owners, clubs with outraged fans, clubs with moldering Victorian stadiums that they can’t afford to replace, clubs with unhappy players, clubs with imploding sponsors, clubs hanging by a thread over the chasm of the failing Icelandic banking system, and Newcastle United, a club run by a child’s stuffed mole that came to life one magical night when it was dipped in a pint of bitters.

In this climate, it takes something special sit at the very bottom of the table. It takes commitment, it takes planning, it takes a negative excellence that’s as impressive in its own way as anything the top clubs are doing. Chelsea have made it to the top by spending millions of pounds on talented players and skilled managers. Tottenham have made it to the bottom by doing exactly the same thing, which is, in many ways, the more astounding feat.

Everyone knows what’s wrong with Tottenham, roughly: they sold their three best strikers and then failed to find adequate replacements, which shifted enormous pressure onto their retooled midfield and defense. Last year, they seemed to win every game 4-3; they gave up dismal quantities of goals, but scored so easily that it often didn’t matter. To put this in perspective: they scored one more goal than Chelsea in 2007-08, but allowed thirty-five more goals than Chelsea. They needed to fix their defense, and they tried all year, bringing in players like Jonathan Woodgate, Alan Hutton, Jamie O’Hara, Vedran Ćorluka and Gilberto. At the same time, they brought in a host of players, most promisingly Luka Modrić, to address their endless problems in midfield, which they arguably exacerbated by selling Steed Malbranque to Sunderland in July.

By late August they found themselves with a team made up largely of strangers, with too many players in the 19-23 age range, too many players with no experience of the English game, and too little sense of who their best eleven were or in what positions they ought to be deployed. At that moment, having already sold Jermain Defoe in January, they sold Dimitar Berbatov and Robbie Keane—understandably in both cases, given the sums of money involved and the desires of the players, but with a strange air of haste and an apparent failure to make a viable plan to replace them. Now suddenly a confused and patchwork defense was being asked to win games behind the goalscoring of Fraizer Campbell and Roman Pavlyuchenko’s injured ankle. It was a recipe for an early-season collapse, as they say in the sporting magazines, and Tottenham responded with their worst start since 1912, which, shrewd observers have noted, was also the year of the Titanic.

Everyone knows all this, and so the question, for fans and for the press, has become whom to blame. And this is where the story gets interesting, because the failure is obviously one of transfer policy, and as has been the case at Spurs throughout the Tavistock/Daniel Levy era, the deliberations that determine their transfer activity are so arcane and collusive that it’s impossible to say from the outside how the decisions are made. The simple press narrative that always takes hold in a case like this is that the manager is about to be sacked, but it’s not clear to anyone how much influence Juande Ramos actually has compared to Damien Comolli, the sporting director, or Daniel Levy, the club chairman, or the man who works with the dark machines in the basement, or the shuffling graybeard who lights the candles in the Court of the Star Chamber at the club office.

The official club policy is to say that Ramos has “a voice” in transfer policy, but Martin Jol had a voice, too, and no one seems to remember how it sounded. When Ramos first arrived at the club, I wrote that he’d have two things working against him: first, his tendency to fall out with club directors, which led to the breakdown of his position at Sevilla; second, the loss of Sevilla’s brilliant technical director, Ramón Rodríguez Verdejo, known as “Monchi,” whose ability to find overlooked talent (he signed Dani Alves for under a million pounds) is well known. I was worried that the labyrinth of semi-competent schemers at Tottenham would be a disaster for the quietly impolitic Ramos, and things seem to be moving in that direction, with signs that manager is growing frustrated with Comolli, while the directors are reverting to the subtle repertoire of techniques—releasing press statements, conveying their “disappointment,” expressing their “confidence” in a rapid turnaround—by which they’ve always attempted to pin full responsibility to the manager and make sacking him look reasonable by tying it to a public test.

This, again, is only what everyone knows, although through all the will-they-or-won’t-they hubbub no one ever seems to ask whether a club can be successful when so much of its life behind the scenes revolves around internecine power struggles and cunning manipulation of the press. It’s probably Levy himself, and the corporate powers he represents, who have created the atmosphere of boardroom self-preservation that now seems to make it impossible for the club to pursue a sensible course. Even if the team improves, that is, and even given the board’s obvious reluctance to fire Ramos after the embarrassing lengths they took to get him in the first place, the sense of conflict within the club will likely continue to get worse. For that, it may be time to stop falling for deflection tactics and blame the men at the very top. But who knows, given the obscurity with which the club operates? What can anyone know about Tottenham, given what everyone knows?

UPDATE: The current rumor is that Comolli is on his way out. It’s better than blaming Ramos, but will it really change anything?

What Everyone Knows About Tottenham