Easter Comes for the Geordie Messiah 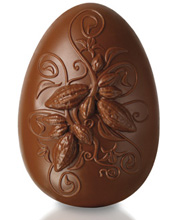 Is anyone else alarmed by the parallels between Kevin Keegan’s resignation from Newcastle and the death and resurrection of Jesus Christ?

It’s not just that both men are known as messiahs. Consider. When Jesus died on the cross, he was buried in a tomb and remained silent for three days. When Keegan developed insurmountable relationship difficulties with the Newcastle United board, he stopped going to training and was silent for…three days. In both cases, a period of dark confusion followed. Then, on the third day, Jesus rose again and revealed himself, putting an end to all lingering doubt, while Keegan issued a press statement through the League Managers Association, putting an end to all lingering doubt.

Jesus spent the next forty days on Earth, appearing in many places and explaining himself to his devoted disciples. A similar period will now begin for Keegan, as he appears on many channels and explains himself to people who care to some extent.

Next, Jesus ascended bodily into heaven after promising to come again. I’m not saying anything for Keegan—wasn’t this supposed to be his second coming already?—but if there are any strange lights in the sky over Newcastle about thirty-nine days from now, I’m going to start getting nervous.

Easter Comes for the Geordie Messiah