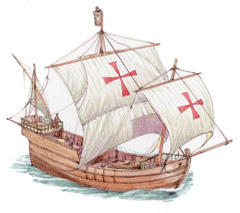 I guess Brian couldn’t handle the idea of me at the head of a revolutionary army, because I woke up this morning to find a terse email inviting me back to the site. I’m going to cover MLS, finally living up to that old adage, “See the country, cover MLS.” Apparently “[I] can pay for [my] own [damn] insurance, [friend]” but the site’s picking up my travel costs. Thank you, corporate paymasters in the bodybuilding supplements industry.

So…MLS news. This morning, the world is shocked—shocked!—that peaceful feelings did not issue from yesterday’s meeting of Columbus Crew fans and the West Ham United traveling support. Here’s a quick glossary of terms pertinent to the brawl.

The ICF, or “Inter-City Firm” is a famous semi-lapsed West Ham hooligan group who have totally convinced themselves and the world of their manhood by getting in fights with people who like different soccer teams. For instance, by invading the Columbus Crew’s supporter section at halftime and just silencing all doubts about their biological maleness.

The Columbus Crew, or “Crew” is an MLS team a subset of whose fans have taken to coping with the pressures of life in modern-day central Ohio by throwing bottles and racial epithets at opposing players, then going home and dropping online truth-bombs like this one, which I just found on EPL Talk:

I’m 19 and live in Columbus, we will fight any firm in the world. Even when out-numbered in our own stadium. I was involved in the incident, which is completely West Hams fault (8-12 IFC stood directly behind the Crew section, when immediately asked to leave by security they threw up their fists like they wanted to fight. 3/4 of the Crew section emptied to the NE side of the stadium. The remaining 1000+ IFC left their section and met us by the concession, when the first punch was thrown by a CREW FIRM MEMBER mace was used and stopped any progress for a brawl.) It’s how we do things in COLUMBUS, try not to sleep on us, or we will be your worst nightmare…on and off the pitch. Also, I apologize to those who don’t understand the passion involved in this situation. We will NEVER allow someone (especially Britts) to come to our stadium and push us around, sorry…..Please don’t forget 1776, history tends to repeat itself, British getting destroyed.

So the Crew Reserves lost to West Ham 1-3 while 100 Crew fans and 30 ICF-wannabe American West Ham fans (sorry, boy from the comment above, I mean “1000+” “IFC” members—12 feet tall if they were an inch, they were) dusted it up in the stands and on the concourse for just long enough to feel a swell of heterosexual certainty when they told the story to their younger male relatives over Playstation and exaggerated swigs of miserable bottom-shelf vodka because THAT’S HOW WE DO THINGS IN COLUMBUS.

Anyway, don’t worry about me. If this trip has taught me anything, it’s that I may be softer than John Cusak in the vernal equinox of softness that was 1989, but I can handle myself in a shovel fight.