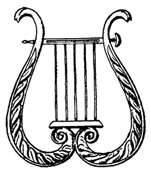 The Song of the Glorious Arsh

I’ll sing you the song of the glorious Arsh
As I heard it myself long ago;
His transfer was rumored all over the world,
Yet no one could say where he’d go:
Whether golden-eyed Chelsea would pay well to sign him
Or wine-sipping Barça would pluck off the vine him
Or Midas-like Wenger would prospect and mine him,
And flourish his glorious Arsh.

As a forward for Zenit, in old Petersburg,
He won everything to be had;
He brought home the league, and he brought home the Cup—
UEFA, but still not half bad.
And the old men in pubs who were able to judge him
Agreed there was nothing they’d ever begrudge him
But secretly prayed that their club wouldn’t budge him,
So they’d keep their glorious Arsh.

Yet whispers abounded—he might go to Spain,
Though Marca swore it would be Inter,
And Englishmen noted with serious eyes
That the lad wouldn’t blink at their winter:
For they’d seen him, in Manchester, pass so incisively
Scotsmen forgot they were meant to be nice, and they
Suddenly, strangely, and rather divisively
Stabbed for the glorious Arsh.

At the Euros that year, with his fame at its height,
He stormed down like torrents of rain,
For he silenced the Swedes and dismantled the Dutch
And did no one knows what, against Spain.
But Van Basten’s boys were so thoroughly mastered
That Holland fans rose up as one to get plastered
And grudgingly lifted a mug to the bastard
They knew as the glorious Arsh.

But where would he go? And for whom would he play?
Even he wanted someone to tell him;
The wily old men murmured, “Gazprom’s not poor
And they won’t necessarily sell him.”
But the newspapers thought it would be very harsh
If they’d wasted enough ink to blacken a marsh
On a story they’d kind of pulled out of an Arsh
That was not quite the glorious Arsh—

That was not quite the glorious,
Not the notorious,
Not quite the super-explosive, uproarious,
Unmeretricious and yet meritorious,
Great and victorious Arsh.