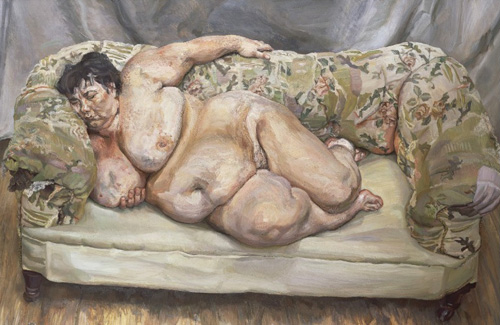 Not long ago, a mystery bidder won these two paintings in separate auctions for around $120 million, and word from within the art world is that the bidder was Roman Abramovich. Since then he’s dropped another $14 million on one of those elongated-woman sculptures that Giacometti reeled off by the thousands so that Degas ballerinas would always have a friend at the museum. (Seriously, $14 million? He couldn’t have just waited for five or six hundred of them to fall from the sky when it rained?)

Now, it’s obvious that whenever someone parts with $34 million for a painting of a slumbering 300-lb. nude woman and $86 million for a painting of a mall mannequin passionately transforming into the inner organs of a goose, you and I will be tempted to psychologize. Unfortunately, the main thing these works reveal about Abramovich’s psyche is that his girlfriend is opening a gallery in Moscow. I might still have expected him to spend his millions on older, deader artists, but I don’t know, I guess he’s still spooked from the Shevchenko signing.