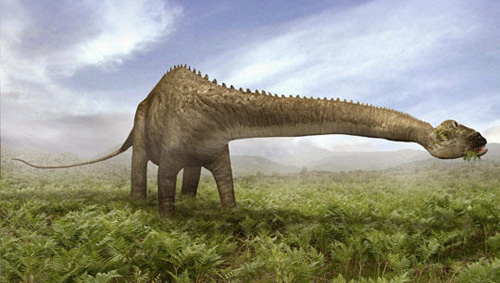 Woah! What the hell was that? Hey, guys? Can anyone hear me?

Man, I wish I knew what was going on. I was just taking it easy down in the swamp, using the water to support my enormous bulk—you know, the way we do—and munching on some of the tree-leaves I was able to reach thanks to my long, dorsoventrally flexible neck. Suddenly, I heard this incredible roar, like a million tons of rock screaming down from the sky and plowing right into the mountains! I guess the shock must have been too much for my fist-sized brain, because the last thing I remember is feeling relieved that my nasal openings were located at the apex of my cranium, so that I wouldn’t drown if I passed out in the water.

When I woke up, the sky was blotted out by some kind of dense smoke, and now, for some reason, I can’t seem to find anybody! After I’d lumbered out of the swamp on my stumpy legs and eaten roughly 900 pounds of vegetation—using my peglike teeth as a tool to assist in my unilateral branch-stripping, of course—I started looking around to see if anyone knew what had happened. I found a bunch of tar pits I don’t remember seeing before, but it was like all my friends had just up and vanished! 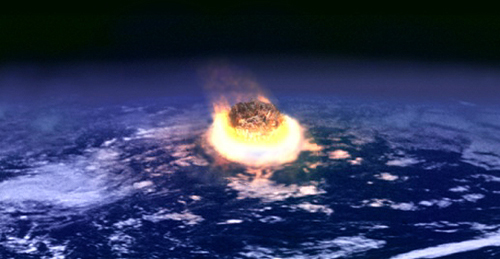 I really, really hope I find them soon. I miss them, you know? But I guess even more than that…I just absolutely need to get with a female diplodocus. Like, now. The sooner the better. Man, I must have been out for a while, because the way I feel, I wouldn’t say no to a brachiosaurus, if her forelimbs were short enough.

I just can’t stop thinking about what I’m going to do to the first female diplodocus I find. Assuming, obviously, that she’s accumulated enough body mass to reach sexual maturity, I am going to tear that 40,000-pound riparian sauropod ass up. I simply can’t wait to feel that cold, sticky, slightly granular skin rubbing up against me as we align our cloaca to facilitate the extrusion of my hemipenis. 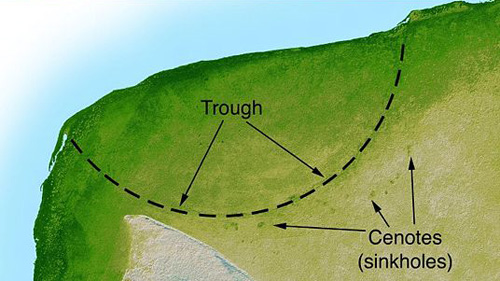 But, wait, I’m getting ahead of myself! Before anybody (me!) brings his hemipenis into play, I’m going to want to get her in the mood. I’ll probably rear up on my hind legs, sweeping my neck from side to side to demonstrate my impressive size. If she seems like she’s into it, I might further stimulate her by lashing my whiplike tail behind me as a display of rigor and vitality. Then—they love this—I’ll shred some treetops with my blunt, triangular teeth, which should really convince her of my evolutionary suitability as a mate.

Ah, evolution…is there anything it hasn’t thought of?

Once we get to that point, I’ll just let passion take over. We’ll probably lumber toward one another at a slow, dumpy gallop, then wrap our tails around each other while we get busy with the aligning of the orifices. If there’s anything more beautiful than two 20-ton reptiles grinding their hindquarters together to facilitate the transmission of sperm along the exposed groove of a forked, evertible reproductive member which is normally kept sucked inside the intestinal tract, then I don’t want to know what it is.

Christ, I need this in the worst way. I just hope the others haven’t gone far, because I literally don’t think I can wait.

This isn’t real, do you hear me? This isn’t happening!

You mean to say I’m all alone? It’s over? There’s no one else left?

THIS REALLY PISSES THE SHIT OUT OF ME!

Manchester United 1 – 0 Barcelona (aggregate): Some “glittering array of attacking talent.” Barca looked sharp for about 15 minutes in the first leg, right up until you realized that Man United were playing them the way you’d play an 8-year-old at ping-pong…you know, just keep hitting the ball back without ever trying to score. After a while, it almost felt like they were encouraging them, like Rio Ferdinand was patting Iniesta on the back and saying “come on, you’re getting it; just try a little harder.” Messi had some danger in him, as did Henry when he was allowed to play—and I’m sorry, team, but I’m not seeing this Bojan Krcic thing, or maybe I just have a rule of thumb that says 17-year-olds shouldn’t be brought on at the end of crucial European away games that you’re losing by one goal—but the rest of the team looked like all the skill but only half the muscle mass, if you know what I mean. Kind of like Sarah Jessica Parker in comparison to a real human being.

When the Scholes goal finally came, it felt like the move of a team that was ready to put the paddles down and go inside, and knew that if it didn’t end things forcefully, its kid brother would want to keep playing all night.

Not the greatest of Champions League semifinals, overall, but hey, I mean, at least we’ve established that Rooney is shit as a fullback.

Chelsea 4 – 3 Liverpool (aggregate): Remember when these two teams were drawn together, and you complained about it, and you were like, “it’s going to be so boring,” and I was like, “no, it’s going to be great”? Remember that? Yeah, uh, I was right.

What a semifinal. What a fucking football contest.

The first leg was all spit and wrangle, Tom Hicks in the stands against the warnings of the police, Dirk Kuyt doing something right for once (was it me, or did he cross the ball to himself, then pass the ball to himself, then score?), tension building, tension building, and then, immortally, the Riise own goal, coming down like the ultimate “Yeah, sometimes you will” to the only rendition of “You’ll Never Walk Alone” that’s ever left the Kop feeling sheepish.

That second leg…just pure werewolf parts. The beating rain, Grant and Rafa scraping for their lives, Drogba bashing forward at just that pitch of self-righteous frustration and attacking frenzy that always seems to net him two goals, Torres knifing around like Prince Valiant, Cech spinning in circles in the mud after diving on the ball; then extra time, the disallowed goal, Lampard weeping and kissing his armband after scoring for his dead mother, Babel clawing back hope at the latest possible moment, and then Grant on his hands and knees, genuinely overwhelmed by what had happened, maybe not even fully understanding it.

Look, I’m just an occasional blogger, so you know I’m dedicated to cruelty and dishonesty and speed. I have midnight vows and you know I won’t betray them. If I could, though, then wouldn’t I just say it. Wouldn’t I just say that this match made me glad to be alive.