Buzz Bissinger, Will Leitch, and the White-Hot Flow of Opinion 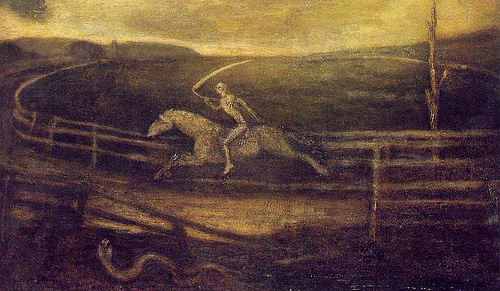 H.G. “Buzz” Bissinger, the Pulitzer Prize-winner, the author of Friday Night Lights, the Vanity Fair paycheck-recipient, subjected Deadspin blogger Will Leitch to an incontinent tirade about the menace of sports blogging on Bob Costas’s HBO show last night. Okay, maybe too much has been made of the spit that flew from Bissinger’s lips as he accused blogs of “dumbing us down” (us = society, natch) “to a degree that I don’t think we can recover from.” Maybe too much has been made of the profanity that roared from his old-media throat as he accused Leitch of being “full of shit.” The word “incontinent” still applies, simply because no one is fully in control of themselves in the oxygen-starved stratosphere of wrongness that Bissinger’s argument raised him to last night.

Don’t misunderstand me; I’m as skeptical about the utopian potential of the internet as anyone who still bothers to correct mistakes on Wikipedia. I have doubts about the culture of snideness, and its implied ethics of rejection, that the Gawker “Empire” (Jesus), Deadspin included, has helped to create. But I always thought the dick jokes were funny not just because dick jokes are funny, but because they were the sign that these sites were offering something pointedly different from the sanitized corporate middlebrow poll-tested nothing that has become the default mode of expression for the professional consideration of sports.

With all the fascinating and unruly ways that organized athletics is working in society (society = us, don’t forget), the fact that Rick Reilly once read Hemingway can’t be the working limit for the aspirational in writing about this stuff. Three ex-athletes sitting around a sine-curve laser desk taking turns saying “upside” is not a viable default. It has to come back to some actual human level; it has to sidestep the anodyne. And there’s nothing more human, or more able to sidestep the anodyne, than a really good dick joke.

People aren’t turning away from old-guard sports columnists because they want to be “dumbed down”; they’re turning away because locker-room access doesn’t seem to have given old-guard sports columnists anything particular to say, and there are better ways to keep your mind alive. It’s a false choice: given good writing and good thinking on both sides, there’s no reason for blogs and traditional media to be enemies, because good writing and good thinking are always good, regardless of where they’re published. But stupid is as stupid does, as Coach Eric Taylor once said, and it doesn’t do a lick of good for a sick person to blame a well person for his eczema.

Most sports blogs are terrible. But then, H.G. Bissinger’s Wikipedia page contains the following sentence:

His most recent article for Vanity Fair, “Gone with the Wind” (August 2007) about the saga of 2006 Kentucky Derby Winner Barbaro, has been optioned by Universal Pictures.

So you tell me: where are the unpredictable, the complex, the eloquent, and the strange more likely to be found? Where would you rather look?

Buzz Bissinger, Will Leitch, and the White-Hot Flow of Opinion