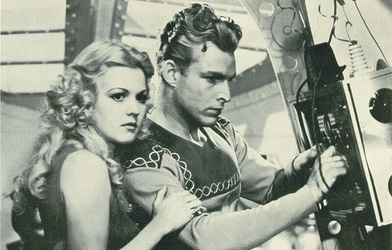 I don’t know how it works, physically, when the FA unveils a new plan. Is there an actual thunderclap, or just a guy standing in the wings rolling a 50p coin on a timpani? I’d like to imagine that the whole thing starts with Brian Barwick driving across a stage in a tiny black car, from which eleven heavyset men in suits then issue one by one, like puppies being born. But probably it’s just a matter of someone yelling curse words at an intern, followed by a three-hour lunch.

Yesterday, the FA went into its plan-unveiling mode and unveiled a new plan to spend £200 million to refurbish the English game at a grassroots level. Actually, it didn’t unveil a plan; according to its official statement, it unveiled “the philosophy and the dreams behind its £200m investment in the future of grassroots football.” The rest of the statement was then devoted to a stunningly original defense of Kantian metaphysics followed by a description of what it feels like to be chased by an organ grinder from whom you are powerless to run away.

I’ll be straight with you on this. Grassroots football in England is not a subject about which I am historically passionate. I wouldn’t say I’m ready to “cry salt tears” over the fate of your Sunday five-a-side side. I would say I “am indifferent to,” or, on most days, “completely unconscious of” it. However, this story interested me for a couple of reasons: first because the almost mystical intensity with which the FA repeated the word “grassroots” in its statement seemed to suggest (or maybe to culminate) a minor sea change in the public priorities of English football; and second because the plan is pretty obviously a reaction to the demand for root-and-branch reform that followed England’s crashing out of Euro 2008 qualifying last year, and thus worth studying for what it says, if anything, about the direction of the national team. 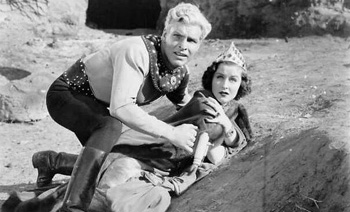 Given this last point especially, I was surprised that more bloggers and football writers hadn’t spoken up about the announcement. Then I summoned the moral strength to read through the FA’s complete National Game Strategy document (download it here if you’re cool with not being able to taste your food for the next 2-3 days), and now I’m not surprised any more. The plan has some good points—recruiting new referees, partly by reducing abuse from players and fans; developing the technique of young players through smaller-side matches and futsal—but the whole brochure is such a nerveless mix of political anxiety and utopian pamphlet aesthetics that it’s hard to believe it’s coming around the corner followed by an unstoppable stampede of money.

You can imagine a hospital report like this: a chapter titled “Different Lives, Different Voices” in large, comforting, lightly drifting letters, next to a glossy black-and-white photo of a young, “contemporary” woman of one race and an old, “wise” woman of another race, one with her hand on the other one’s shoulder, one wearing a stethoscope, so content to be in the shadowy space wearing sensible shoes together. The only good thing about the FA document as opposed to the hospital report is that some of these pictures have Sir Trevor Brooking in them, and he’s so out of place—smiling like his teeth hurt—that he unwittingly works as a pretty devastating form of satire. 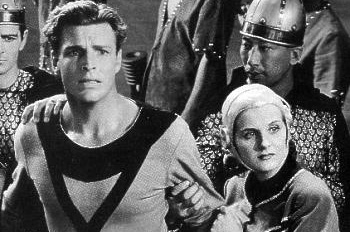 I have no idea whether the FA plan will be a good one or not, or even whether it will really come to pass in anything like the form outlined here. But I’m not reassured by the contortions the FA has put itself through to reassure us that it’s listened to us, to all of us, in forming its new policy. Young players with a disability! Key stakeholders including local authorities and County Sports Partnerships! A nationally-robust sample of 4,670 young people aged 5-15! Asian girls and boys! It’s not that I don’t think Asian girls and boys ought to have their voices heard in determining the future of football; it’s that the moment the phrase “having your voice heard” enters into the discussion, you know you’re in a realm of bureaucratic pseudo-meaning, where “regional consultation events” will be held in which nothing that can be said quite matches up to reality in an actionable way.

Even here, it’s not the galloping political correctness that bothers me so much as the sense that the FA is repeating some of these morally unassailable phrases to avoid having to utter the one word that’s really on its mind. The word is the name of a national team. Its coach is in a rock band. Croatia. Granted, it’s not clear whether Brian Barwick has ever heard of it.

Well, I’m critiquing the pamphlet, not the plan, probably because the day I long for is the one in which no one is allowed to disburse £200 million unless they first learn the difference between “less” and “fewer” (“Our challenges,” p. 8). But I’d love to hear your thoughts on either. Is this the bold move that English football needs, or am I right to suspect that nothing that generates a marketing campaign this anesthetic is likely to change things for the better?