Trouble in Paradise: The Clericus Cup 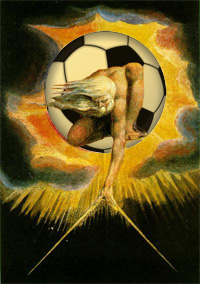 This week’s Run of Play at Pitch Invasion feature takes you inside the Clericus Cup, the Vatican-sponsored tournament whose teams are made up of priests and seminarians. The competition was conceived as a way of using soccer to promote Christian values, but it hasn’t exactly worked out that way:

What no prophet foretold, though, as visions of solidarity and fraternity danced in their heads, was that once the priests strapped on their boots, they were going to want to win the thing, social and spiritual growth be damned. Last year, the final descended into chaos when seminarians from the Pontifical Lateran University believed the striker for Redemptoris Mater College had dived to win the decisive penalty. After the match, the victorious Redemptoris Mater players covered one another in champagne. “Priestly footballers?” La Stampa harrumphed. “Worse than Materazzi.”

Read the full post here, and get to know Pitch Invasion while you’re at it.

Trouble in Paradise: The Clericus Cup