Clement Clarke Moore Has Nothing to Fear from Me 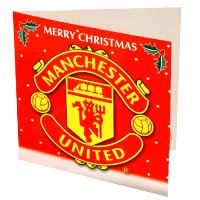 The Run of Play will be operating on a reduced holiday schedule for the next few days, which means there will be posts “every once in a while.” (That’s a direct quote from our operating handbook, which also contains the words “occasionally,” “inconsistently,” “when we feel like it,” and “Bolton.”) You’ll have to wait to read about the Champions League group draw, this weekend’s matches, the sacking of Lawrie Sanchez, and whatever else I’ll maybe-but-probably-not remember to write about after Christmas.

Do check back before Christmas though, for the first-ever Run of Play Holiday Poem, which as God is my witness will not be a “Night Before Christmas” parody, because frankly, Trinity, I love you too damn much.

Wenger in his kerchief, and Sir in his cap,
Had just settled down for their long winter’s nap,
When out on the lawn there arose such a Flores,
That everyone knew it was Quique, not Torres,
When what to their wondering eyes should appear,
But an Argentine striker with legs up to here!
“To the top of the porch! To the top of the yard!
Now dash away, dash away, Steven Gerrard!
On, Momo! On, Rooney! On, Aiden! On, Aaron!
On, Micah! On, Ashley! Not you, Steve McClaren!”

Repeat till crust is golden. Serve with wine.

Clement Clarke Moore Has Nothing to Fear from Me