F=O=O=T=B=A=L=L, or, How a Gang of Lousy Thieves Made Journalism Feel Like Poetry Again 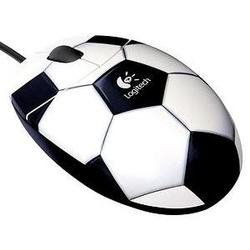 “The poem must resist the intelligence / Almost successfully.” —Wallace Stevens

Sometimes, though, following football online can be a lot like reading avant-garde poetry. Actually, real avant-garde poetry at this point is more like someone stacking a bunch of rakes together and then writing a blog post about sexism, but football news can be like avant-garde poetry the way most of us imagine it when we’re struggling through the latest Harold Ramis profile in the New Yorker. The other day I was looking around online for some insight into the current state of Manchester United, when I came across the following quote, attributed to Louis Saha:

The confidence in the manure room is tall. It’s actual plenteous similar a team of champions. We possess plenty of nimble legs in the team and we possess a juvenile side, although they possess lots of experience. We possess three world class players in Cristiano Ronaldo, Carlos Tevez and Wayne Rooney, and it’s dreadful to possess them in the side.

“They’re all junior than me but I can learn thus plenteous from them. I’m bonny happy rectilinear now and I couldn’t ask for more. I similar to see the team playing fountain and scoring goals, thus if I can be part of that I’m happy.”

As pleased as I was to learn that Saha was feeling “bonny happy rectilinear”, something about this seemed off. I dug around for a bit on the site, a confusingly generic WordPress design with the disarmingly authoritative title “Worldwide Sports News”, and saw a few more eccentricities. There was a report on Arsenal’s recent match against “perusal” (a confident win for the Gunners). There was an account of goings-on with Thaksin Shinawatra that repeatedly referred to Manchester City as “the bludgeon”. Best of all, there was the following sentence about Gareth Southgate: “The beleaguered Boro stud has denied that he will exist sacked.” Seriously! The stud will cease to exist!

Now, I’m a savvy character. You know it, and there’s no point in my trying to hide it. I thought I saw what was going on. This was a website written by…foreigners. Foreigners—the bad kind of foreigners—were infiltrating the English football universe. “What,” I cried, “now they’re going to dilute blog culture, too?” And I was just about to fire off a letter to Gerry Sutcliffe when another possibility crossed my mind. What if this was one of those scraper sites you hear about, which steal content from other web sources, then use a thesaurus program to replace half the words with synonyms to make it harder for the ferocious legal team standing ready behind your average football blogger to track them down? 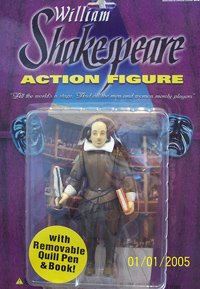 A bit of snooping confirmed my suspicions. Worldwide Sports News was flagrantly stealing content from other sites and putting it through a Roget’s filter that made it sound like a customer-service call gone horribly awry. (“Perusal”, incidentally, meant “Reading”.) If I were the anonymous syndication service that provides the content for TeamTalk and Yahoo! Sports, I thought, this would really hurt my feelings, and for a while I burned with a righteous anger to report these plagiarists and tear down their little kingdom. I was too tired to figure out how, though, and after a while, as I sifted through more and more of their mangled interactions with English, the whole enterprise began to take on an unexpected beauty.

So much of the language that’s used in football coverage today is so predictable that you can almost remember an article before you’ve read it. It’s hard to say whose love of cliche is more desperate, the players’ or the journalists’. So why not use different words? Why not call Man City “the bludgeon”? When Cesc Fabregas says Arsenal is “a very, very good side”, I have to pick my head up off the desk with a back hoe. When fake thesaurus-Cesc says Arsenal is “a very, very advantageous edge”, I stop to think about what he means, and frankly I think it’s a better description of Arsenal.

Here’s Real Michael Owen, from TeamTalk, on the pressures of managing the England team:

It’s probably harder to manage England than any club,” said the 27-year-old forward.

“There is a lot of pressure involved and because the manager doesn’t get to see the players as often as they would at club level, if you have a bad result, you have to live with it for a month or two, which must be really hard.

“If you have a good game, everything is great; if you don’t, you get criticised. I always feel like I can never relax but that is especially the case for Steve.”

And here’s Plagiarized Fake Michael Owen on the same theme:

It’s probably harder to horsemanship England than any association,” uttered the 27-year-old forward.

“There is a lot of squeezing involved and as the overseer doesn’t get to see the players as repeatedly as they would at association level, if you hold a evil follow, you hold to live attending it for a month or couple, which must subsist really firm.

“If you hold a good sport, everything is great; if you don’t, you get criticised. I always perceive similar I can never relax yet that is especially the capsule for Steve.”

Isn’t this an improvement? It’s got metaphor (managing England as “horsemanship”), it’s got colorful language (“There is a lot of squeezing involved”), it’s got unexpected moments of third-world religious poetry (“hold a evil follow” rather than “have a bad result”). Don’t you like the thought of McClaren in a “capsule”? At times it even rises to a kind of inspired accuracy. Owen is described not as a former “Real Madrid star”, but as a former “Real Madrid asterisk”.

I’ve been picking on player quotations, largely because they comprise about 70% of the average football news story; but the truth is this transformation into concept art spices up journalistic boilerplate, too. Just consider today’s description of Matty Patterson being loaned from Newcastle to “Championship equipment Norwich City” or of the “cudgel record deal” which Fernando Torres signed with Liverpool last summer.

“I do forgive thy robbery, gentle thief, / Although thou steal thee all my poverty.”—William Shakespeare

So thanks, Worldwide Sports News. I know you’re just a gang of thieves with a freeware text pseudonymizer, and I’m sure your dorm room smells like cheap hair gel and the clippings from your horrible goatees, but you’ve helped enliven the dreary daily news, and for that, you know, etc. I guess it’s like Fake Gareth Southgate says later in his interview: “Everything gathers constituent at this time and accompanying the internet being how it is now, people can impress anything without foundation and a hi can build up out of nothing.”

Or it’s like what Fake Aleksandr Kerzhakov said, when discussing the England team: “England have a team of big stars who earn an awful lot of money from playing with their private deals.”

Wait, no it’s not. Kerzhakov actually said that.

NOTE: I haven’t linked to Worldwide Sports News or any of their articles, mostly because it feels like giving a bad dog table scraps, and what are they going to do, accuse me of misquoting them? But if you promise not to click on any of their ad links, you can gape their habitat here: Pandemic Athletics Copy.

F=O=O=T=B=A=L=L, or, How a Gang of Lousy Thieves Made Journalism Feel Like Poetry Again